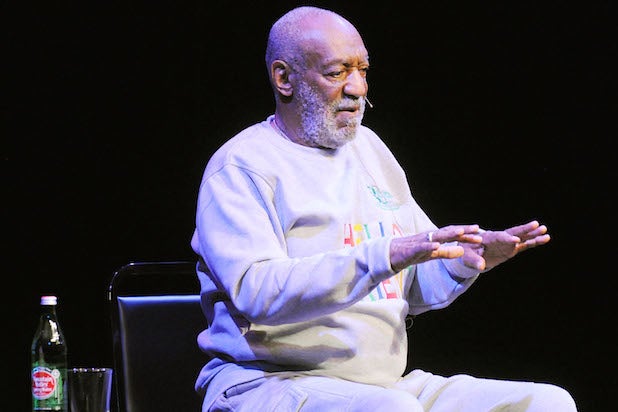 Bill Cosby‘s reputation may be irreparably harmed by the mounting sexual assault allegations against him, but that might be the least of the comedian’s problems. The bigger question is, will there be any legal ramifications?

TheWrap spoke with two top Hollywood attorneys — one who practices civil law, the other criminal — who deal with high-profile cases and asked them how they would handle Cosby’s case. So far, the comedian has only issued statements through his own attorney, Marty Singer, denying the allegations.

“Marty is a very intimidating person,” Los Angeles civil litigator Howard Alperin told TheWrap. Alperin, whose firm handled the Donald Sterling scandal earlier this year, said Singer is exactly what Cosby needs. “What he’s doing is letting people know that if they fuck with his client, they’re going to have a battle on their hands.”

While Cosby’s lawyers have vociferously attacking the allegations, there’s already talk about a possible class action suit involving several of his victims.

“Every state has different laws but some of these cases go back 20 years or more. Once the statute of limitations has expired there is no way to bring it back,” said Alperin.

Perhaps the most important thing, Alperin says, is for Cosby to continue performing whenever and wherever he can.

“You don’t want your client doubling down,” former sex crimes prosecutor and criminal litigator, Steve Meister, told TheWrap. “He shouldn’t look like his life is over. But, he definitely shouldn’t be doing any interviews right now.”

Even the wording of Cosby’s statements has to be crafted delicately, according to experts.

“You want to warn potential opponents sternly but you can’t make it personal,” said Meister. “He should not be explicitly referring to any specific case in any way.”

Most importantly, if Cosby wants to contain his legal problems, he has to be completely honest with his lawyers.

“I would tell him not to lie and/or withhold any information from his lawyers whatsoever,” Meister advised.

At least 18 women have publicly alleged that the comedian sexually assaulted them. Twelve of them claim he drugged them first. One victim said Cosby tried to drug her, but was unsuccessful.

The sexual allegations against Cosby were reignited after recent comments about the scandal, made by comedian Hannibal Buress during a standup routine in Philadelphia, generated headlines. Then, in what was probably seen as a fun internet promotion, Cosby’s camp asked fans to make him a meme, which backfired on the TV dad. The rape allegations picked up steam after actress Barbara Bowman claimed that Cosby raped her in an essay in the Washington Post. Then another woman, a publicist by the name of Joan Tarshis, came forward with similar claims.

In an effort to stop the crisis, Cosby’s lawyers issued a statement on the comedian’s official site saying he would not be addressing “decades-old, discredited allegations.”

“The new, never-before-heard claims from women who have come forward in the past two weeks with unsubstantiated, fantastical stories about things they say occurred 30, 40, or even 50 years ago have escalated far past the point of absurdity,” said Singer in the statement.

“These brand new claims about alleged decades-old events are becoming increasingly ridiculous, and it is completely illogical that so many people would have said nothing, done nothing, and made no reports to law enforcement or asserted civil claims if they thought they had been assaulted over a span of so many years.”

The negative attention has already brought about the cancelation of a planned NBC primetime series and an hour-long Netflix special, along with a number of his live shows including in Las Vegas, Arizona and Connecticut.

Cosby settled out of court with one of his accusers, Andrea Constand, in 2006.