The temperature is rising at Universal Pictures, where one of the worst box office runs in the studio’s recent past is turning Hollywood’s reliably close-knit team of executives into rivals working in a pressure cooker.

The message transmitted at a tense board meeting in New York last week — where top NBC-Universal executives including Jeff Zucker, Ron Meyer, Marc Shmuger and David Linde — all met with GE’s CEO Jeff Immelt and Vivendi representatives, was that something had better change soon for the studio currently last place in market share among the majors. (See chart below.)

With earnings down drastically from last year for the second quarter in a row, NBC-Uni chief Jeff Zucker was direct with the studio leaders: Improve, or else.

“’Easy-to-digest concepts and wish fulfillment is in vogue,’” he told the executives, according to one person familiar with the conversation. “That’s not our slate. And the choices have been too costly. You’ve got to fix both those things.’” 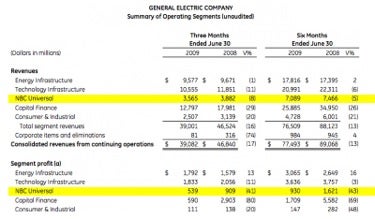 But it may get worse before it gets better. Next up on the dock is Judd Apatow’s “Funny People,” which Universal executives unsuccesfully lobbied the director to cut by a half-hour. It is currently over two and a half hours long – and thus far tracking has the dramedy opening near $20 million.

In isolation, that might not cause any serious discomfort.

But coming on the heels of the weak domestic performance of “Bruno,” ($57 million domestic) which followed the disastrous results of “Land of the Lost” (on which Universal will lose some $40 million) and a bruising production and release of “Public Enemies,” which performed only moderately well at $113 million worldwide, the situation is contributing to squabbling within the studio, according to Universal executives and those doing business there. (Sidebar: A look at Universal’s summer slate — and how it underperformed.)

Even that might not be enough to cause such strife for a team led for 14 years by President and COO Meyer, who has proved a remarkably stable operator under multiple owners and bosses.

But placed in the context of the weak performance of NBC, which remains in fourth place among broadcast networks, and the bottom-line culture of owner General Electric, the pressure is on to make a change in the executive ranks. 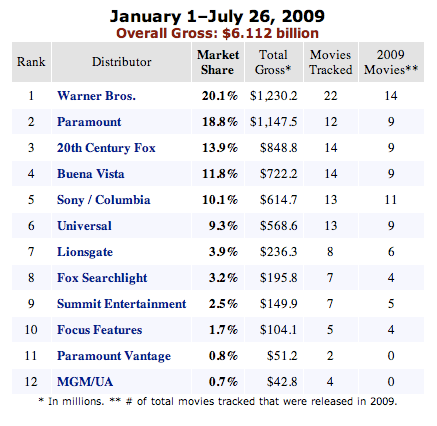 The names of all the top executives have been bandied about, but after last week’s meeting, attention has focused on the heads of the studio themselves, Marc Shmuger and David Linde.

The co-chairmen are credited with such successes as building Universal’s international business, but they are currently being scrutinized for their leadership skills in a time of difficulty, according to knowledgeable executives.

"We have to have the right people and the right culture in place; our culture is a little askew at the moment," said a senior executive who declined to be named. "Marc and David are trying to respond. They need to settle down. They need to respond intelligently, and not reactively … People are not used to them getting involved in every thing."

The mandate now appears to be: focus on commercial films that work, and fewer adult movies like “State of Play” or “Duplicity” that lose money when they don’t work, and make small profits when they do.

"Audiences’ tastes have changed," said the senior executive. "There was a time they would’ve gone to see ‘State of Play.’ They would’ve seen ‘Duplicity,’ as bad as it was. The economy changes, and entertainment values have changed."

“Right now there’s a focus on course correction for the company, that’s what you do,” said another senior executive, who declined to be identified.

Internally, finger-pointing within the studio has been ongoing for weeks as "Bruno" failed to be the hoped-for cultural hit that would make people forget about the Will Ferrell "Land of the Lost" dud.

(It has also overwhelmed the memory of recent successes like “Fast and Furious,” which took in $349 million worldwide.)

Meyer has been hearing complaints from various department heads as marketing has blamed production chief Donna Langley — who is on maternity leave — for making bad movies like “Land of the Lost,” according to several executives at the studio. (Langley also made the hugely profitable "Mamma Mia.")

Meanwhile, production blames Shmuger and Linde for second-guessing their decisions and not sharing responsibility for bad choices.

All have come under question over whether they are capable of wrangling tempermental, if talented, directors. The question of Apatow’s unwillingness to cut a Jim Brooks-type tearjerker is one example.

And "Public Enemies’" Michael Mann wore out his welcome at the studio for a demanding imperiousness that left star Johnny Depp angry to the point where they barely spoke on set. The director left embittered feelings among those high up at the studio for delivering moderate success at a $100 million budget.

Marty Singer, an attorney for Michael Mann, denied that Mann might have left hard feelings, noting that the director still had two projects in development at Universal.

“If the relationship was such that they felt they couldn’t work with him, they wouldn’t have two projects in development,” he said.

But Mann, for the moment, is the least of Universal’s problems.

Asked about infighting at the studio, and rumors of possible firings, a studio spokeswoman had no comment.

Privately, the tone is quite different. “We suck at the moment,” said one senior executive in a moment of candor, noting that the movie business is traditionally cyclical.

But clearly none of this would matter if NBC-Universal hadn’t announced a second quarter earnings drop of 43 percent over 2009, though revenue was down by just 5 percent.

Studio executives insist that Universal is still profitable this year, just less profitable than last year. They also point out that 2007 and 2008 were the studio’s most profitable years in its history.

But Universal also does not look strong when compared with other major studios.

It  is currently in sixth place (see chart, by boxofficemojo.com) for the year to date among Hollywood’s major studios, with less than half of the market share of the leading company, Warner Bros., which has released 13 movies.

And it has fully half of the market share of Paramount,  which has released the same number as Universal, nine. 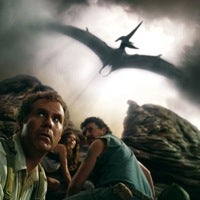 (For a look at Universal’s summer slate — and how it underperformed — click here.)