After a year in which independent film has taken a beating, this year’s Toronto Film Festival — opening on Thursday evening with “Creation,” a film about Darwin — will be a litmus test on the evolving state of serious cinema and its prospects for survival.

A quick 2009 recap may be in order: Sundance led to a few purchases, all small. Cannes was great; almost no one bought anything and those who did paid for marketing budgets rather than film rights.

The distribution landscape has been reduced to a wasteland of failed companies (Picturehouse, Senator). Those mainstays that survive (Fox Searchlight, Focus) have their familiar niches and defined tastes.

Understood: independent film is in crisis. Now the question is: What will follow? Have filmmakers learned to adapt? Are new forms of distribution proving viable? Are the green shoots of renewal ready to appear?

“This is uncharted territory for me,” said producer Dean Zanuck, who is bringing his first independent feature, “Get Low,” a Southern Gothic tale starring Robert Duvall and Bill Murray, to the festival and seeking distribution. (Click to see what else is up for grabs in Toronto.) 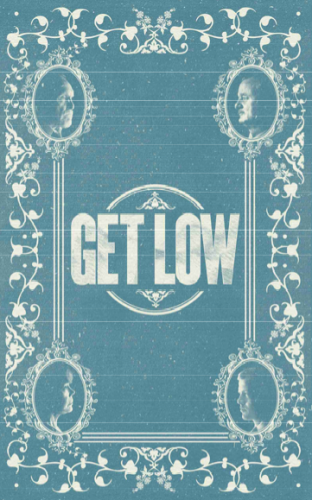 Realism is the byword for Zanuck, despite his own Hollywood ties (he is son of producer Richard, grandson of mogul Darryl F.)

“Companies are dropping like flies,” he acknowledged, referring to his search for financing. “But if you want it badly enough, and you search long and hard for it, you can find it. It took us a while but there’s money to be had. “

“I’m finding the mood is now changing,” said Mark Urman, who left the cash-strapped Senator to start Paladin just a few months ago. “Filmmakers are picking themselves up by their bootstraps and finding new formulas and a new realism.”

What many see as a correction to the crazed bidding wars of the 1990s has claimed untold numbers of films that have gone without distributors in the past few years, and seen the demise of indie divisions and companies.

That brutal adjustment is guiding strategies going into Toronto.

“I think the sellers are going to have to rethink the way they put their movies out there,” said Tom Bernard, co-chairman of Sony Pictures Classics. “They’re going to have to be more selective. They have to change their tactics. It won’t be the bidding wars of years past. No more moneybags — getting burned in overpaying situation.”

Some new players have emerged in recent months: Bob Berney with his new company Apparition; Summit and Overture are still buying independent films, though Overture has moved its strategy away from arthouse films.

Still — “these are all sorts of cautious people,” warned Bernard. “They’ve all been burned before."

A relatively long list of movies — some having screened previously at festivals from Venice to Sundance to Cannes — is available for distribution, many with high-caliber pedigrees and strong advance buzz.

One of the most anticipated is “A Single Man,” designer Tom Ford’s first filmmaking foray, a character study into the interior life of a gay man, played by Colin Firth.

Zanuck’s “Get Low” stars Duvall as a hermit who wants to stage his own funeral; Bill Murray plays the funeral director.

“Creation,” with Paul Bettany, is also for sale.

Movies including “Fishtank,” about an angry, working class British girl, and “Agora,” a Roman-era film by Alejadro Amenabar, have been available since their debut in Cannes. “Agora” has been recut since.

“You have some really good movies for sale this year,” said Swartz. “If they don’t sell — and I have this nagging feeling that they’re not going to sell — I don’t know if there is a home for them with legitimate theatrical distribution.”

But Urman said that he is tired of indie world complaints about the shrunken state of the marketplace; indie film got too big for its britches, he said.

“So many of us have been doing nothing but complaining,” Urman said. “Everyone is saying, ‘It’s broken.’ Pick yourself up — do it the way it was meant to be done — low overhead, in the proper proportion.

“What was everyone thinking when this $30 million art film started encroaching and dominating?" he said. "It became impossible to sustain. And therefore it stopped.”

The festival also arrives with several films already kicking up advance buzz for the Oscar season that unofficially begins with Toronto:

Fresh off of Telluride, Jason Reitman’s “Up in the Air” from Paramount is gaining word-of-mouth heat and The Weinstein Company’s “The Road” starring Viggo Mortensen will get a chance to win advocates. (Though that movie was just pushed back again, to a November release date from its October plan.)

Michael Moore’s hotly anticipated documentary, “Capitalism: A Love Story,” (Overture) will screen at Toronto; as will the Coen brothers new dark comedy, “A Serious Man,” (Focus) based on their lives growing up with their father in Minnesota.

Said Swartz: “There’s a lot for sale, and the question is, is anyone buying who can give these movies a big theatrical releases? There are certainly good films."

Zanuck has many things on his side: an illustrious Hollywood name, movie stars and some pre-screening press (including here). But he is not beyond considering the what-ifs of a rising digital reality.

Asked about a new trend toward self-distribution, he said, “For this particular project, with this pedigree and cast, it wouldn’t feel right.” He paused. “But if it comes down to releasing it on YouTube …” he pondered. “One should always prepare for the worst case scenario.”