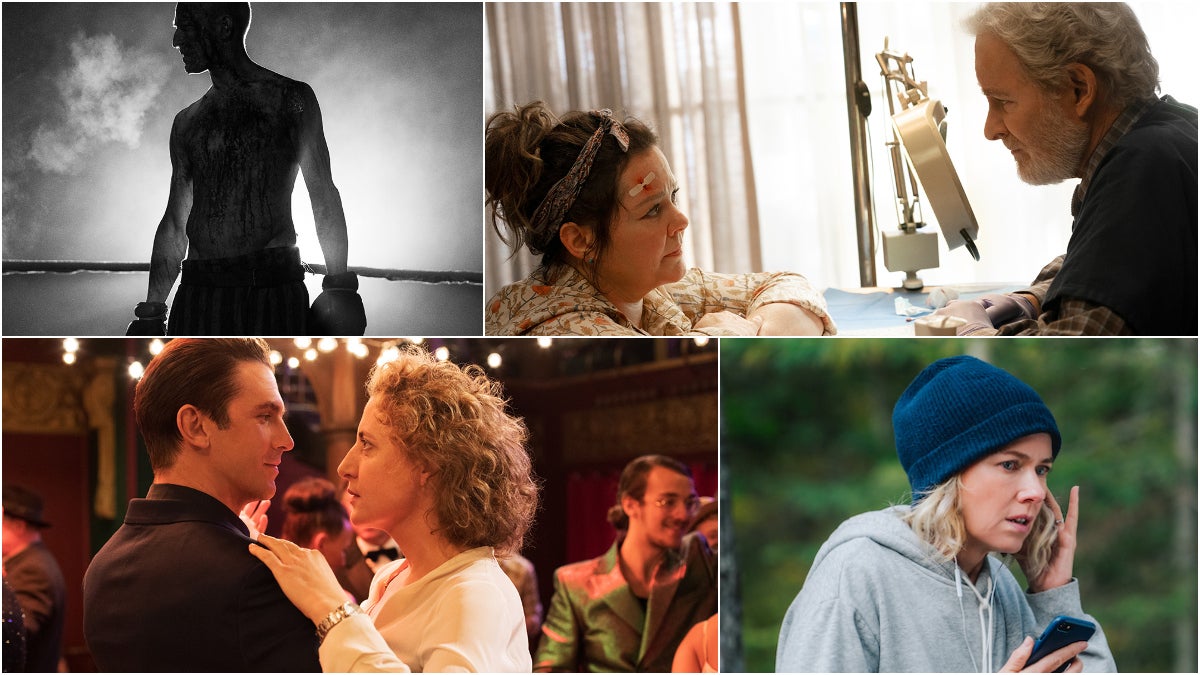 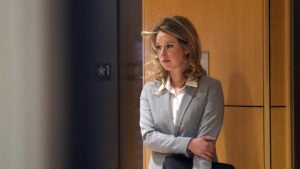 All photos courtesy of TIFF

TIFF 2021: ”There is more demand for content then there has ever been,“ one sales agent tells TheWrap

Demand for films and the race for content among streamers and traditional film distributors is as high as ever as the industry looks forward to returning in person for the Toronto International Film Festival. But if buyers line up itching to make deals, are there enough movies to go around?

This year’s TIFF lineup of close to 200 films in the Official Selection is not significantly slimmed down as it was for 2020 when just 50 features screened, but many of the biggest gala presentations are arriving at the Canadian festival with distribution deals already lined up — a sign of how the pandemic has reshaped the film marketplace, multiple insiders told TheWrap.

With the pandemic roaring on and with streamers pumping out movies left and right, Alex Walton, EVP of the advisory film group at Endeavor Content argues, “There is more demand for content than there has ever been.”

And those same buyers are not always waiting around for the fall film festivals to make their moves. “The festivals are important to elevate films for marketing and distribution, but our slate at TIFF reflects that we have already pre-sold a lot of films,” Walton said. “If you are acquiring a movie now, it’s probably a pre-buy in the production phase — people are practical about it. The expectation is we’ll be far more progressed in (theater) reopening by that time, so there is less risk in acquiring a pre-buy package now.”

Charlotte Lichtman, an agent for international and independent film at ICM, agreed that the market has shifted to early acquisitions. “Overall, there’s less available by the time you get to a festival these days,” she said, adding that ICM’s approach this year hasn’t been that different than in years past. “There are a few titles in any given year that create bidding wars amongst the streamers, but the majority of the acquisitions titles are a better fit for the independents and we have our target buyers for each title.”

TIFF’s gala presentations like “Belfast,” “Dear Evan Hansen” or “The Electrical Life of Louis Wain” all have homes at Focus Features, Universal or Amazon, for example. But there are still some starry titles like the Sigourney Weaver drama “The Good House,” the Naomi Watts thriller “Lakewood” or Terence Davies’ “Benediction” that are up for grabs.

“There are some films available and films we’re definitely excited about, but I’d be lying if I said from an acquisitions point of view, not from an overall lineup point of view, there’s less obvious big titles that are available, and I think that’s a product of the financing marketplace,” Kent Sanderson, president of acquisitions and ancillary distribution at Bleecker Street, said.

From a pure financing point of view, it was harder to get your film made during the pandemic if it didn’t already have distribution. As a result, the streamers that have typically been the most active in the festival scene have remained busy all year in their race for content.

“These streamers are all so active right now. Every day in the media we’re hearing about another studio movie getting flipped to a streamer,” Aaron L. Gilbert, chairman of financier BRON, said. “They have capital and they have big audiences to continue to feed, but they are so active already.”

This year’s TIFF doesn’t have as many available titles as in years past, Gilbert said, though he has high hopes for BRON’s “The Survivor,” Barry Levinson’s fact-based drama about Jewish boxer Harry Haft (Ben Foster) who survived the Nazi concentration camps. Gilbert said he’s flexible about whether the film finds a home at a more traditional distributor or at a streamer.

“What COVID did is, people are selling all the time,” Gilbert said. “Yes, there will be a couple of movies that stick out in a crowd at each of these festivals and that’s great, but there are also so many other movies that I’m sure have been acquired, whether that’s streamers, major studios or others that have acquired, every day, every week, every month for the last many months because I think everyone is selling all the time right now. I don’t think they’re waiting for a market or a festival.” 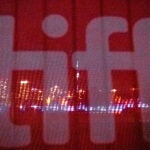 When it comes to the documentaries playing at TIFF, such as buzzy music docs about Dionne Warwick, Kenny G and Alanis Morrisette, many of these films have an advantage in that they’ve still been able to get made during the pandemic, but those too have come into the festival pre-sold as streamers have flocked to these smaller films that have been easier to push than their bigger, narrative counterparts.

“On the bright side, if you can call it that, the industry has learned to do business in a virtual, COVID world,” Bryn Mooser, who leads non-fiction studio XTR and its streaming arm Documentary+, told TheWrap. “The appetite for documentaries only continues to grow, and as new variants come along, the complexities of big narrative film are much more difficult to overcome in a COVID world than it is in the documentary industry.”

You might expect that the Delta variant and its effects on the box office is making buyers more cautious, but distributors are embracing more flexibility in figuring out the best ways to get movies to the right audiences. “We feel the market has continued be healthy, but there is the question of theatrical and what’s the best plan for each film,” Lichtman said. “People have adapted pretty well and it’s understood that we will continue to figure that out as we go.”

UTA Independent Film Group agent Alex Brunner agreed that buyers have had to adapt on how to release movies since the pandemic started. “Every U.S. distributor with a streaming apparatus is moving at a pace to find more streaming content as their net expands internationally,” Brunner said.

As proof of the need to adapt to circumstances, Bleecker Street has released 10 films since COVID began — and nearly all of them have tweaked the theatrical window and rollout model. “We have to bake in enough flexibility as possible as to what the world will look like and how to bring in audiences to our movies, no matter what the windowing or the format is going to be,” Sanderson said, noting that the flexibility was essential in picking up the German-language sci-fi romance “I’m Your Man” with Dan Stevens (which is getting a more targeted limited theatrical rollout beginning Sept. 24). “We just want to make sure we have all the tools in our arsenal to make all the decisions as we go.”

Bleecker has also stepped up investing in titles in the script stage, including a Golda Meir biopic starring Helen Mirren and James Ponsoldt’s “Summering.” “We just wrapped our third production that was shot during COVID,” Sanderson said. “We have another that will start in the fall. But I think we’ll be walking in with a really solid slate for next year.”

For the record: A previous version of this story listed Alex Walton’s name as Alex Dalton. 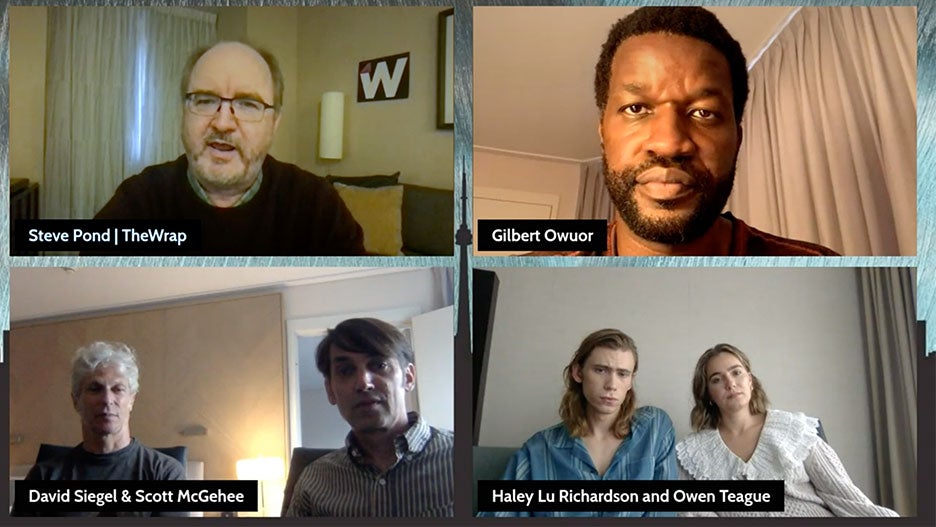