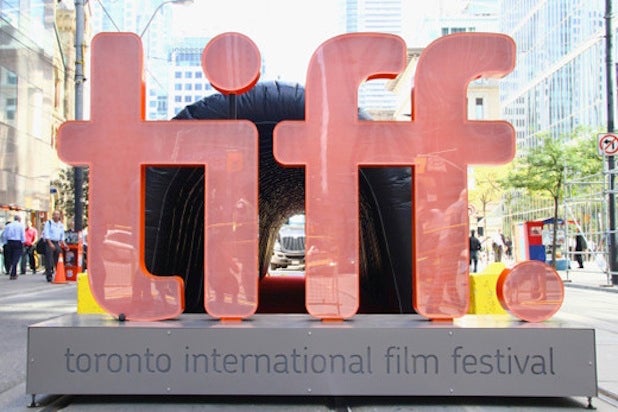 The conference, which will explore production, financing, distribution, marketing, gender bias and more, will take place over seven days at the festival, beginning on Sept. 11 and running through Sept. 17 at the Glenn Gould Studio and CBC Conference Centre in Toronto, Canada.

Each day, the conference will begin with a State of the Industry session, led by presenters who will include Bianca Goodloe from Goodloe Law, Lorenzo Soria from the Hollywood Foreign Press Association, Mike Goodridge from Protagonist Pictures and Danny Gabai from Vice Media.

Master Class sessions will be led by directors Ceylan, Frears and Jia Zhang-ke, the last two of whom will be at the festival with their new films, “The Program” and “Mountains May Depart.”

Industry Dialogues will feature conversations about casting, financing, digital marketing and digital distribution, with panelists including John Fithian from NATO, producer Gareth Unwin and IM Global’s Bonnie Voland. The full list of panels and participants is below.

Another section, Upfront: Gender in Media Discourse, will discuss gender disparity in media, with speakers who will include Wendy Calhoun from “Empire,” Gigi Pritzker from OddLot Entertainment, Rina Fraticelli from Women in View, Niija Kuykendall from Warner Bros., Lydia Dean Pilcher from Cine Mosaic, Melissa Silverstein from Indiewire and Julie Ann Crommett and Daraiha Greene from Google, who will host.

A one-day Asian Film Summit will focus on the Chinese film industry, and will include such panelists as Felice Bee from Huyai Brothers International, Jerry Ye from Wanda, An Xiaofen from Desen International Media and Andy Li from iQiyi.

Another full-day industry event, the Doc Conference, will kick off with a conversation between TIFF doc programmer Thom Powers and “Amy” director Asif Kapadia, and will also include conversations about social change, Kickstarter strategies, philanthropy and the IFC comedic doc series “Documentary Now!,” with Hader.

Other industry events will include a case study of the award-winning indie film “Spring,” a series of panels and roundtables aimed at short filmmakers, and the Telefilm Canada PITCH THIS! event, which allows six filmmakers to pitch their feature idea to industry professionals.

Do Docs Change Anything? A conversation with Avi Lewis and Naomi Klein
With Katie McKenna (Working Knowledge)

Your film can change the world… if the right people see it.
With Christie Marchese (Picture Motion)