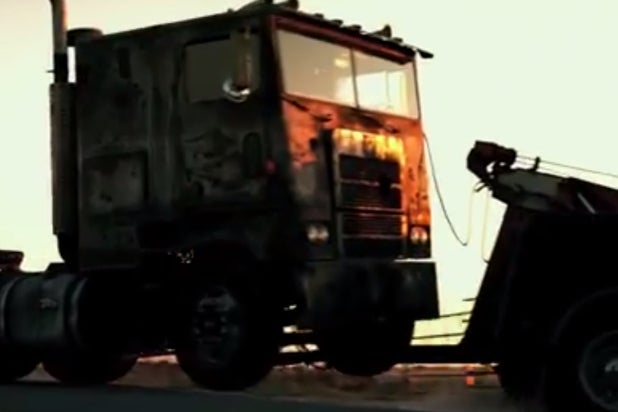 Mark Wahlberg discovers and houses Optimus Prime in the so-called payoff trailer for “Transformers: Age of Extinction” — but the leader of the Autobots is a wanted man, er, robot.

Thus, chaos ensues, and Cade Yeager (Walhberg) soon finds himself minus one barn.

“After all we have done, humans are hunting us,” Prime laments (if an alien robot/semi-truck can truly lament) in the video (below). “But I fear we are all targets now.”

Fortunately, Wahlberg can sweet-talk the big hunk of metal, and a new army rises in an attempt stave off the pending human extinction.

“You gotta have faith, Prime,” the actor implores. “Maybe not in who we are, but who we can be.”