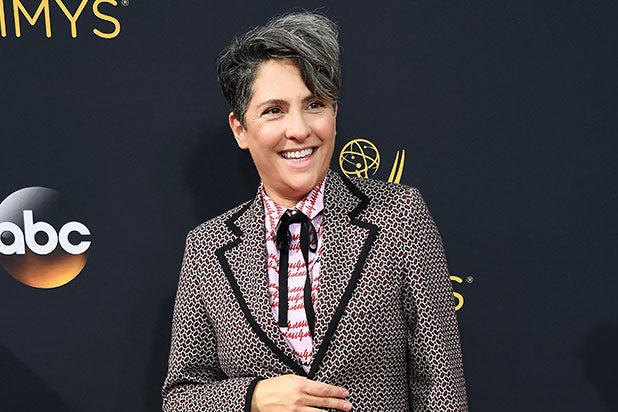 “Transparent” creator and writer Jill Soloway will receive an Outfest Legacy Award at the awards show on Oct. 23, the organization announced Friday.

Soloway will receive the Visionary Award — which recognizes artistic and creative contributions to LGBT media visibility — and will be honored for her Emmy-winning series “Transparent” from Amazon Studios, “Six Feet Under” and “I Love Dick.”

Freeform will be honored with the Corporate Trailblazer Award due to its groundbreaking programming for young adults through shows like “Pretty Little Liars,” “The Fosters” and “Shadowhunters.”

Merrill Lynch will return as the Presenting Sponsor at this year’s awards dinner which will take place at the performing arts venue Vibiana in downtown Los Angeles.

“Jill Soloway has elevated the current transgender conversation like no one else and presents another facet of the LGBT family with dignity, honesty, and humor,” says Christopher Racster, executive director of Outfest.

“There is no other network in the current landscape that is doing more to represent the current attitudes and philosophies of younger viewing audiences than Freeform. Their programming reflects that the path forward for so many young people today is not straight but one full of choices and options and recognizing that gives us all more equality and understanding.”