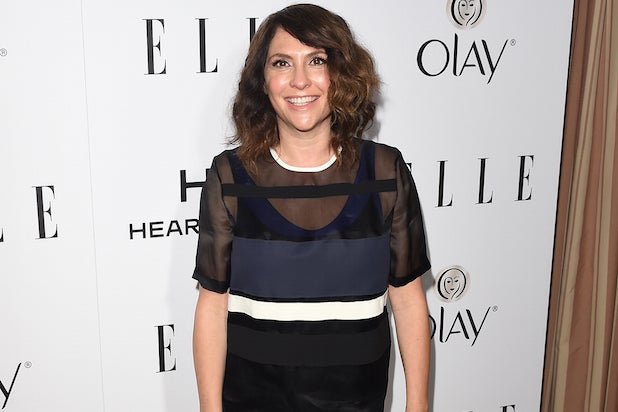 This week’s ACLU demand to state and federal agencies for an investigation into gender discrimination in Hollywood and TheWrap’s subsequent exclusive report that African American director Ava DuVernay was being courted by Marvel to helm its next superhero movie has fueled candid conversations with the industry’s most powerful women.

“Transparent” showrunner Jill Soloway spoke to TheWrap about the ACLU fallout on Thursday night just prior to stepping up to the microphone as keynote speaker of AFI’s Conservatory Directing Workshop for Women’s Showcase.

“I’m feeling like there are conversations that took place in Women’s Studies class, feminist circles, ten and twenty years ago. They’re all out in front right now,” Soloway said. “Look at Amy Schumer, ‘Broad City,’ what Lena Dunham has done — we are evolving and growing up as a culture and it’s not just about giving more opportunities to women because of a quota,” she said.

Conversation at a reception before the AFI showcase centered heavily on the ACLU open letter, penned by Melissa Goodman, director of the L.G.B.T. Gender and Reproductive Justice Project, in which she wrote, “women directors aren’t working on an even playing field and aren’t getting a fair opportunity to succeed.”

Prior to the ACLU letter, the LA Weekly ran a scathing article titled “How Hollywood Keeps Women Out.” Female directors such as  said they had lowered expectations of the industry’s fairness, crediting their careers to luck and mentors instead. Soloway used to feel that way, but her views have changed.

“I remember three or four years ago being interviewed and saying, ‘Men aren’t doing this on purpose. It’s not their fault. Nobody’s trying to keep women down.’ But something I’ve recognized over the past few years is, I’ve really begun to listen to conversations about implicit bias and privilege,” said Soloway.

“It very simply makes the world easier for white cis [cisgender, a non-Trans individual] males to have entertainment written by white cis males, where white cis males are the protagonists and the world revolves around them. That’s privilege. Writing is propaganda for the self.”

Director of the seminal Trans film “Boys Don’t Cry” Kimberly Pierce was also on hand to support Holoway, and told TheWrap that labels don’t matter. It’s about getting women in the door in Hollywood.

Also Read: Jane Fonda on Women in Hollywood: 'Media Doesn't Really Deal With You After a Certain Age' (Video)

Equally significant responses came earlier this week from Kathryn Bigelow, who was the first female to win the Best Director Oscar for “Zero Dark Thirty.”

“I have always firmly believed that every director should be judged solely by their work, and not by their work based on their gender,” Bigelow wrote to Time magazine. “Hollywood is supposedly a community of forward thinking and progressive people yet this horrific situation for women directors persists. Gender discrimination stigmatizes our entire industry. Change is essential. Gender neutral hiring is essential.”

But perhaps the most poignant result to spring forward is action — such as TheWrap’s aforementioned report that Marvel is in talks with “Selma” director Ava DuVernay to take either “Black Panther” or “Captain Marvel,” which would mark the first time a female has directed a Marvel superhero movie. They did hire Patty Jenkins to direct “Thor: The Dark World” but creative differences led her being ventually replaced by Alan Taylor.

Solway is most hopeful, as she finds women to be the best content creators in the current market

“It’s because women are out there making the sexist, best, wildest, funny, realest stuff,” she concluded. “It’s a matter of economics, you have to have females because they’re doing the best stuff.”