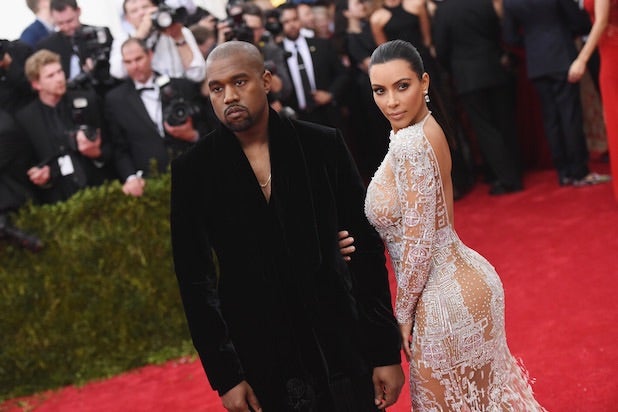 The 2016 Tribeca Film Festival opened on Wednesday night in New York City with a documentary titled “The First Monday in May,” which delved into the Metropolitan Museum of Art’s Costume Institute, the Met’s annual fundraising costume gala and the thorny intersection of art and celebrity.

Among the questions explored by Andrew Rossi‘s film, which follows the creation of the Met’s hugely popular “China: Through the Looking Glass” exhibit and the mounting of the 2014 Costume Gala, which was overseen by Vogue’s Anna Wintour:

Should costume design be considered art?

Is fashion worthy of display in a museum alongside sculpture, painting and other traditional art forms?

If fashion is art, does that art become greater when it’s worn by a celebrity?

For instance, if Rihanna walks the red carpet in an enormous couture creation by Chinese designer Guo Pei, can that be a transcendent artistic moment?

And what about Kim Kardashian? Is her celebrated rear end worthy of enshrinement at the Met if it’s wrapped in a spectacular (and substantially sheer) Roberto Cavalli number?

The film didn’t deliver any definitive answers to those questions, but it’s safe to say that most of the people we see in the film come down on the side of fashion as art (though a couple of prominent designers disagree), and most seem to feel that fame does indeed elevate fashion.

And when you figure that most film festivals play their own game with celebrity — luring big stars to draw attention to little movies –it was an appropriate Tribeca opening night, a collision of art and celebrity on the screen and on the streets of New York.

Now in its 15th year, Tribeca aims to be a true New York institution, which is one reason why it tends to look locally for its opening-night films. Last year, the festival opened with “Live From New York!,” a celebratory film about “Saturday Night Live,” while previous fests have kicked off with “Nas: Time Is Illmatic,” about the Brooklyn-based rapper, and Paul Greengrass’ “United 93,” about the events of 9/11 that led to the founding of the festival in 2002.

So Wednesday’s opening, which took place at JZT at the Borough of Manhattan Community College in Tribeca, one of the festival’s main venues, made perfect sense both for its focus on New York City and the issues it explored.

The film focuses on two central characters, and their quests to mount huge simultaneous events: the Met’s Costume Institute curator Andrew Bolton, looking to create a show that will be as successful as his Alexander McQueen exhibit from 2011, and Wintour, determined to turn the annual fundraiser she oversees into the most exclusive and spectacular event on the fashion calendar – “the Super Bowl of social costume events,” says longtime Vogue editor Andre Leon Talley.

Rossi, who went inside the New York Times for the 2011 doc “Page One,” enjoyed behind-the-scenes access to the creation of both the museum show and the fashion gala – but this is clearly an authorized portrait, one you know will end in triumph. 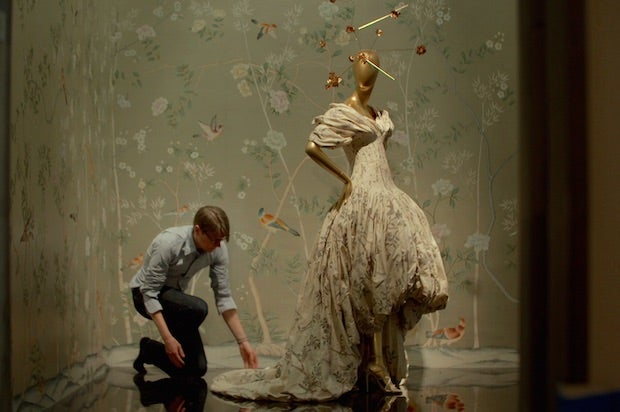 Bolton (pictured above) tends to fret about how his show will be perceived by the Chinese and whether the Met’s Asian art curators will let him fill their galleries with clothes, while Wintour is more interested in issuing orders than worrying about problems.

She’s smart, imperious and demanding; there’s a reason why Rossi cuts from a discussion of the Chinese “dragon lady” stereotype in films to a lingering closeup of Wintour. And despite a long sequence of Bolton walking through his exhibit by himself, it’s hard not to feel as if the film climaxes with the gala, its famous faces and bodies clad in spectacular and often outlandish creations.

The silliness threatens to overshadow the scholarship, but the silliness pays the bills and draws the eyeballs. Sums up one observer of the circus: “High fashion, when it’s paired with celebrity, becomes something bigger than both.”

But does it ascend to the level of art? Tribeca asked that question on Wednesday night, but the answer may have been obscured around the time that Kim Kardashian‘s rear end sashayed onscreen.