In February, Tribune agreed to be acquired Alden Global Capital in a $630 million deal, pending shareholder approval. Under the agreement, Alden, which already owns about 32% of Tribune’s shares, will acquire the remaining shares it doesn’t already own for $17.25 per share. The Baltimore Sun will not be part of the acquisition and will instead be sold to Sunlight for All Institute, a nonprofit formed by Stewart Bainum Jr. 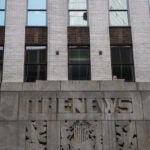 Los Angeles Times owner Patrick Soon-Shiong holds 24% stake in Tribune. On Friday, his spokesperson announced he abstained from voting. As NPR’s David Folkenflik and the Sun’s Bryn Stole pointed out, though, his vote is required and could be counted as a vote against the move, which would “doom it.”

Representatives for Tribune and Soon-Shiong did not immediately reply to requests for clarification.