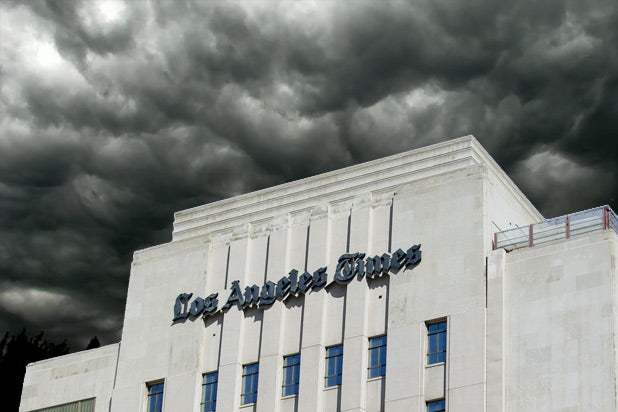 The company said in a filing with the Securities and Exchange Commission Thursday morning that Tribune will pay Dearborn $262,000 for relocation expenses.

A Tribune spokesperson told TheWrap that Tribune’s main headquarters will remain in Chicago and the executive team was already split between L.A. and Chicago.

“In addition, the Company will provide Mr. Dearborn with temporary housing and a rental car for up to four months,” according to the filing.

Politico first reported the news of the Tribune filing.

The move puts Dearborn closer to Tribune Publishing’s most valuable asset, the L.A. Times. Tribune’s owner, Michael Ferro, has continuously mentioned beefing up the L.A. Times, with ambitions of making it a global news powerhouse.

Dearborn’s relocation also signals that Ferro and his management team don’t think the company will be sold anytime soon despite rival Gannett’s ongoing efforts at a hostile acquisition.

Gannett, the owner of USA Today and dozens of other newspapers, has offered $15 per share to acquire Tribune, leading to back-and-forth jabs between the companies’ rival executives and various press releases from both sides.

Just in case thinks don’t work out for Dearborn on the West Coast, the filing also allows for its own mini-golden parachute: “The Company also will provide a $75,000 return home allowance for expenses for relocating back to Chicago if Mr. Dearborn’s employment is terminated on or prior to February 21, 2018 by the Company without cause or by Mr. Dearborn for good reason.”