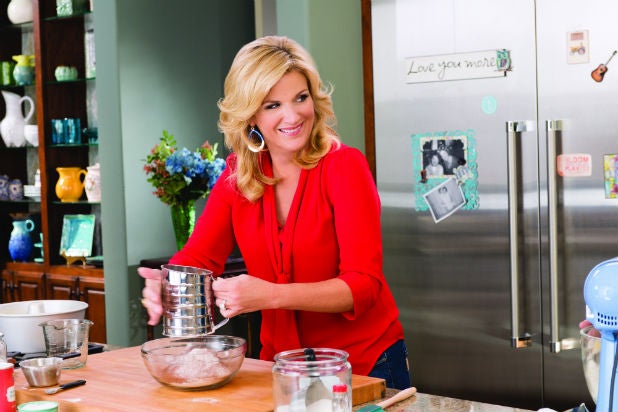 Trisha Yearwood is the type of budding lifestyle guru who knows that, for her audience, it’s much important to break a few eggs.

“Most people that cook aren’t chefs, they’re home cooks like me that sometimes drop an egg,” the “How Do I Live” singer said on a recent call to TheWrap’s Los Angeles headquarters from her home in Nashville, Tennessee.

Los Angeles to Nashville is much more than a symbolic pipeline — Yearwood’s Food Network series “Trisha’s Southern Kitchen” is about to debut its tenth season and is up for Best Culinary Program at this Sunday’s Daytime Emmys, where she’ll face off against establishment names like Emeril Lagasse and Ina Garten.

The show, however, is born of and majorly upholds an ecosystem — including cookbooks, a perfume and home furnishings — that has positioned her as a formidable brand. And it’s a brand that is authentic at all cost, y’all.

“If you’re not paying attention you’re making a big mistake — country fans know when it’s not you,” Yearwood, a multiple Grammy winner with 12 studio albums, cautioned. “My folks know my voice.”

Indeed, the celebrity endorsement market has evolved into a crowded field of “curators,” and only the most committed to a personal set of values seems to rise to the top: Jessica Alba and her army of green moms, Gwyneth Paltrow and her bulletproof devotion to clean living and self-improvement and Reese Witherspoon’s cheeky retail outfit that extolls the same Southern Values that Yearwood brings are just a few that come to mind.

But those entrepreneurs began in Hollywood — Yearwood is truly homespun in this market.

“I’ve gotten so much knowledge through this experience as an executive producer. I never wanted it to be a ‘Now, you add the butter,’ kind of show,” Yearwood said.

She works closely with producers and her team to create recipes based on anecdotes, life lessons and other moments she’s shared with girlfriends (like Reba McEntire and Kelly Clarkson), her kids and husband — you may have heard of him, country singer Garth Brooks.

As a couple, the pair are way more savvy with social media than one might suspect. They were the first artists to produce regularly scheduled programming using Facebook Live — hers is a folksy, improvised chat session called “T’s Coffee Talk” that garners roughly 100,000 live viewers every Saturday with a total reach of 1 million users.

The program also provides a cross-platform lead-in to the Food Network show. It should not be surprising to learn that even the Facebook Live series has its own range of merchandise including blankets, hoodies and travel coffee mugs. 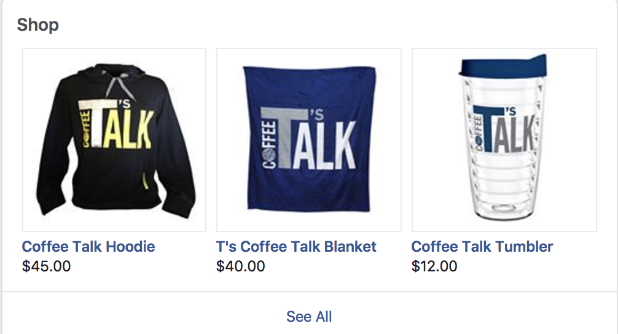 “Social media and that first cookbook gave me an opportunity to connect with fans. A piece of furniture or a home accessory can have my name on it, sure. But this is where the community is,” she said.

Yearwood will announce yet another product range with a major American retailer in the coming days. As for Sunday’s Daytime Emmy’s, she’ll be presenting Best Talk Show Host and crossing her fingers on the Best Culinary Program nom.

“Trisha’s Southern Kitchen” already has an Emmy, by the way. It won when it was previously nominated in the same category in 2013.

“The first time we had the Emmy nomination, it was Father’s Day. I was really torn, but we stayed home with Garth,” Yearwood remembered.

“Either way, I never take this stuff for granted,” she said.