With a phenomenal worldwide box office of more than $2 billion, nine Oscar nominations — including Best Director and Best Picture — and technology that is revolutionizing the film industry, you’d think “Avatar” would have some coattails outside the theaters.

You’d think that … but all that glitters in Pandora’s box is not Unobtainium.

Here are four areas where “Avatar” has failed. 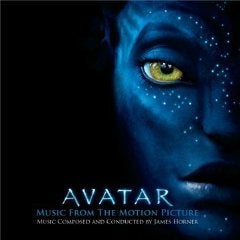 When the soundtrack for the biggest movie of all time has only sold 90,000 copies since it was released on Dec. 11 — and its peak on the Billboard charts was at number 31 in mid-January — the booster rockets aren’t firing correctly.

Compare that to the "Titanic" soundtrack which, in no small part thanks to Celine Dion's “My Heart Will Go On,” hit number 1 on Jan. 24, 1998 — and stayed there for 16 consecutive weeks.

In fact, right now “Avatar” isn’t even in the Top 40 selling albums on iTunes. But here’s who is: the “Crazy Heart” Deluxe Edition (26), Disney’s “StarStruck” (4) and “Almost Alice,” an Avril Lavigne-led “songs based on the charactes of …” collection hyping Tim Burton’s upcoming “Alice in Wonderland” — which doesn’t even come out until March 2 but hit number 17 as a pre-order. 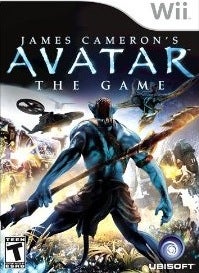 The game, which came out on Dec. 1, so far has sold a disappointing 1.3 million copies worldwide. By comparison, “Batman: Arkham Asylum,” which wasn't formally a movie tie-in but sure seemed like one to anyone who saw “The Dark Knight,” is still doing good business and has sold over 2.5 million copies since it came out last summer.

One problem is timing. Released two weeks before the movie, it simply got lost in the holiday season and then went DOA. ("We thought the game would continue to sell after the New Year," Ubisoft CEO Yves Guillemot admitted in January.)

Also, it doesn't help that, while set on Pandora, the third-person shooter is an entirely different story centering around a character not even in the film: Lance Corp. Able Ryder. No Jake Sully. No Neytiri.

And then there were the reviews. As GameSpot put it: “This disappointing film tie-in transforms the magical into the mundane.” Trust us, they were being generous. 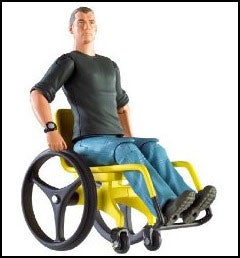 You can get an army’s worth of “Avatar” action figures, including Jake Sully in a yellow wheelchair. But the toys and merchandise from the movie haven’t exactly taken off like a Mountain Banshee. Sure, they top Amazon’s Science Fiction & Fantasy figures sub-category, but on the site’s more general Toys & Games list, the highest rated figure is Neytiri … at number 165. That’s 148 spots behind the Zhu Zhu Hamster Babies’ Butter Cheeks. Maybe it’s the choking-hazard warning. (Seriously.)

4. THE SONG
Leona Lewis has said that the “Avatar” theme “I See You” has “all of the emotion of the film, the love in the film, the strength that the characters have to have.” Maybe, but the bottom line is despite a Golden Globe nod, Lewis' “I See You” is no "My Heart Will Go On."

Unlike Dion’s massive 1997 hit from “Titanic,” which sold over 10 million copies and won the Oscar for Best Original Song in 1998, the “Avatar” theme didn’t even get a nomination — likely due to the tune not being integrated into the movie but playing instead during the closing credits.

And while it ranked at #28 on the 30-position Adult Contemporary chart, that chart is all airplay-based. In fact, Lewis’ version of the ballad isn’t even available as a single — only an instrumental version by composer James Horner can be downloaded for 99 cents on Amazon.