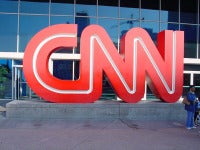 Larry King's leaving is not the only problem at CNN. The cable news network is plagued by high-profile departures, low ratings and – TheWrap has learned – widespread resentment among producers and anchors.

The succession war set off by King leaving is only likely to heighten the tension even further.

Speaking on background, one CNN on-air personality told TheWrap that most of the anchors were jealous that Anderson Cooper sucked up resources by going to Haiti and the Gulf of Mexico, leaving them unable to build their profiles at the network.

Meanwhile, multiple insiders at CNN have told TheWrap that the silver-haired star anchor may also be close to leaving the network, frustrated by his own low ratings and tempted by other offers.

Cooper has been frustrated that despite dangerous forays into disaster zones like Haiti, his ratings remain in the doldrums. And a high-level CNN staffer told TheWrap that Cooper is frequently in  conflict with his executive producer David Doss.

He is also said to be entertaining offers from other potential suitors. Cooper's contract with CNN expires next year.

When asked about internal discord, a CNN spokesperson said, "CNN will continue to do great journalism and will leave meaningless conjecture to The Wrap."

Cooper's departure could be perilous for CNN. Cooper's ratings are one of the only bright spots in the network's schedule and the network has no clear in-house successor.

The responsibiity for that falls with network president Jon Klein. Said one insider: "Jon Klein is very strong on content. But he is fundamentally not good at choosing and promoting talent. He has never found a big-name personality, put them on the air and made them a star."

CNN staffers tell TheWrap that Don Lemon and Rick Sanchez, two of the more prominent anchors currently with the network, are not being considered for primetime gigs.

In May, CNN got rid of their 8 p.m. host Campbell Brown after almost a year of dismal ratings. An individual close to Brown tells us she has no post-CNN career plans lined up.

Said one insider: "The general consensus here is that there needs to be some solution to what’s happening between 7 and 10. The lynchpin to all of that was Larry King, but they don’t have an alternative."

On Tuesday, King announced he was leaving CNN after 25 years as the host of "Larry King Live." King's show was once the cable news network's top-rated program, but more recently, he brought home disappointing ratings. The show's audience is down 43 percent this year.

In spite of the poor numbers, insiders at the network tell TheWrap that King's turbulent personal life was the final straw that led to his departure.

King and his wife Shawn filed for divorce in April after twelve years of marriage amid rumors that the CNN anchor had an affair with his sister-in-law.

The couple eventually called off the divorce proceedings in May and issued a joint statement saying, "We love our children, we love each other, we love being a family. That is all that matters to us. We owe it to ourselves and our children to continue being dedicated to each other,"

The Kings may have put the brakes on their divorce, but an individual close to their family told TheWrap that things are still "messy" between the two.

On June 23, CNN announced Brown's replacement– a new show with Pulitzer Prize winning conservative columnist Kathleen Parker and former New York governor Eliot Spitzer. Multiple individuals inside the CNN newsroom say that Spitzer's appointment has raised eyebrows among staffers at the network because of his checkered past.

Spitzer isn't CNN's first on-air star with a rap sheet. In April 2008, CNN International correspondent Richard Quest was busted in Central Park with a rope tied around his genitals, methamphetamine in his pocket and a sex toy hidden in his shoe. Insiders at the network said its one thing to tolerate indiscretions from a CNN veteran, but another to bring in a new hire with a bad reputation.

The grumbling about Spitzer seems to be part of a larger climate of jealousy and infighting at CNN.

TV viewers aren't watching CNN's news shows, but with all of the ratings trouble, internal grumbling and turnover, the action behind-the-scenes at the network may end up being this summer's most riveting media drama.