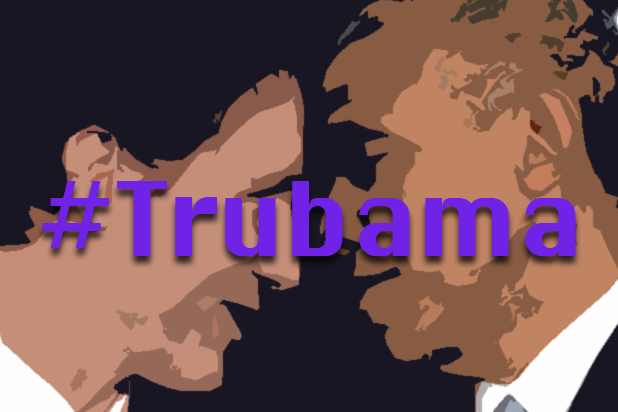 Various
Every really good relationship begins with finding things in common. Barack Obama and Justin Trudeau are both young, charismatic, good-looking lovers of democracy. So it's no wonder that as soon as they met, the internet immediately shipped them together. Trubama lives on, even after one half has left office. 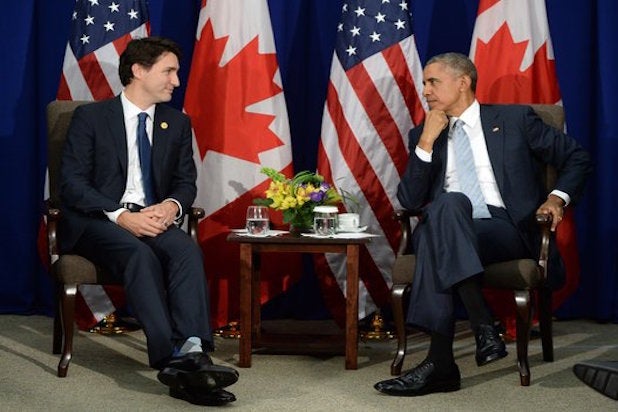 Sean Kilpatrick/CP
The two leaders met formally for the first time in 2015 in the Philippines at the APEC summit. "It's going to be a wonderful time of strengthening ties between our two countries," Trudeau said at the time. A wonderful time, indeed. Little did they know, this was just the beginning. 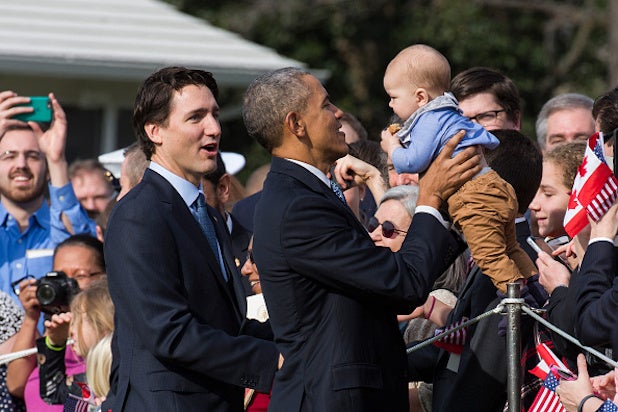 Getty Images
Their first meeting led to an official visit from Trudeau to the White House in March 2016. Here's Trudeau arriving. Please freak out over the cuteness of them both looking handsome with a cute baby. 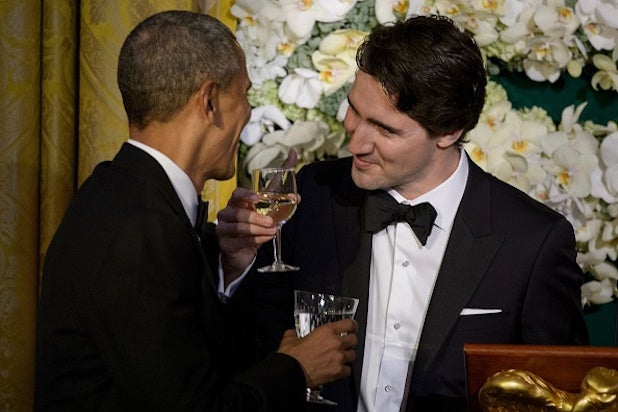 Getty Images
Here they are later that night. Look at how much fun they had, eating, drinking, and being merry. The #Trudeau bromance is off to a great start indeed. 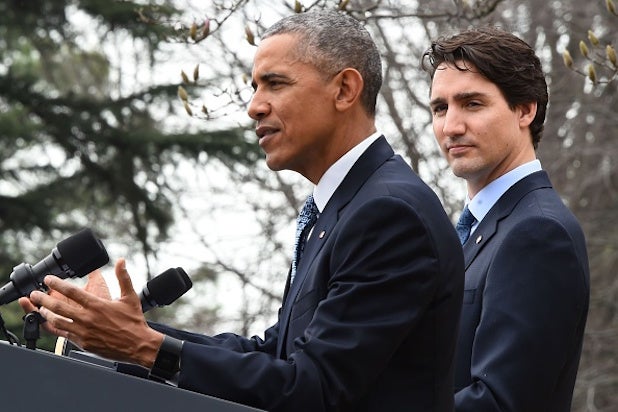 JIM WATSON/AFP/Getty Images
Trudeau looks so inspired by his buddy. That gaze says, "I've got nothing but love for you, brother." 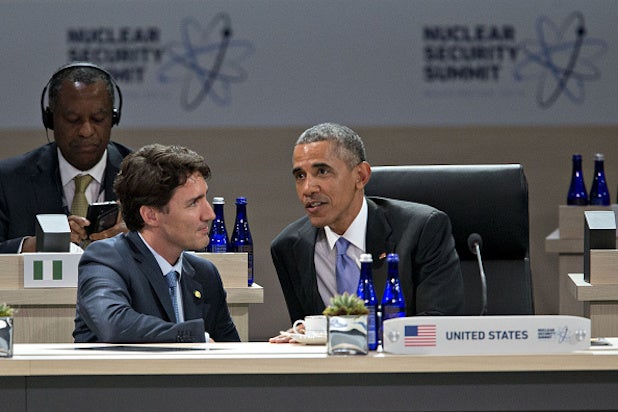 Andrew Harrer/Bloomberg/Getty
It's not all fun and games, though. The two can get down to business together, too, like they did here at the Nuclear Security Summit in Washington, D.C. in April, 2016. 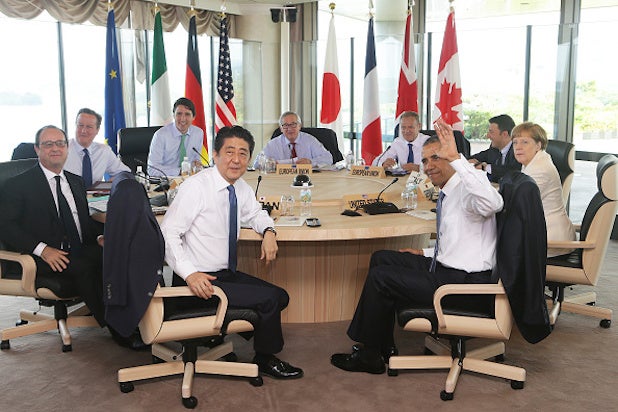 Photo by Chung Sung-Jun/Getty Images
Trubama works well with others, too. Here they are at the G7 Working Session in May, 2016, in Kashikojima, Japan. They're pictured with leaders from around the world and discussed global issues. 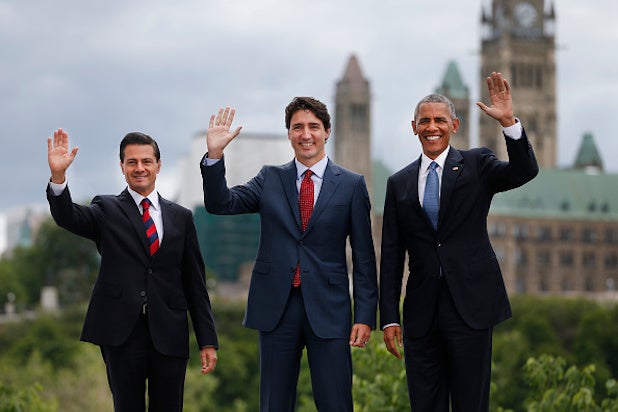 CHRIS ROUSSAKIS/AFP/Getty Images
You know what's great about #Trudeau? They like to make new friends. Here they are with Mexico's President, Enrique Pena Nieto at the North American Leaders Summit in Ottawa in June 2016. It's a shot that says "Please, come join our bromance, Enrique! We're not clique-y." 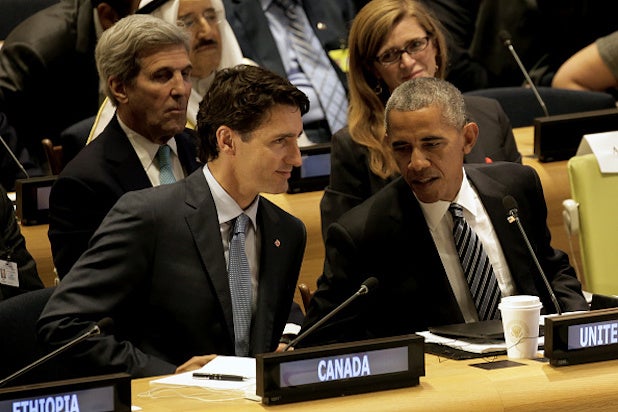 Peter Foley/Pool via Bloomberg
"Hey man, thanks for saving me a seat." Trudeau at the Leaders Summit for Refugees during the 71st annual United Nations General Assembly in New York last September. 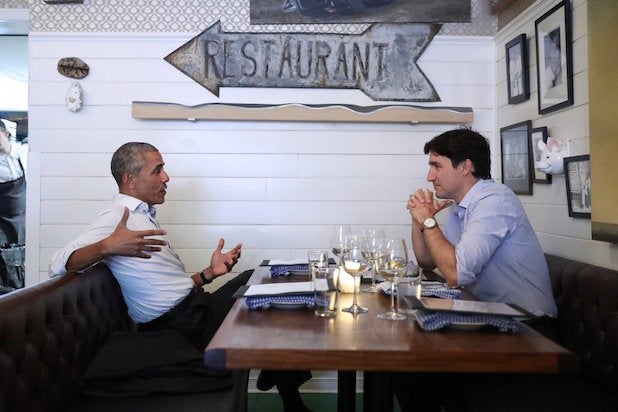 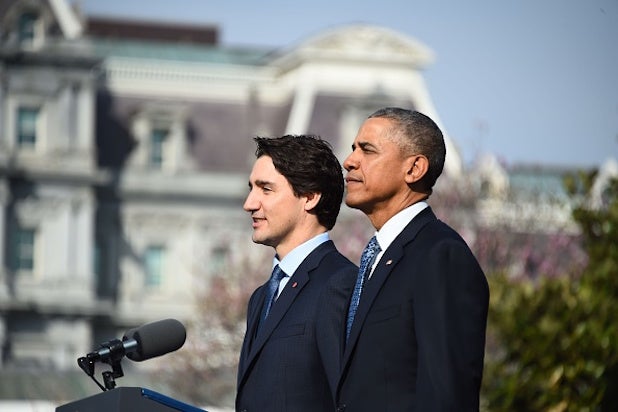