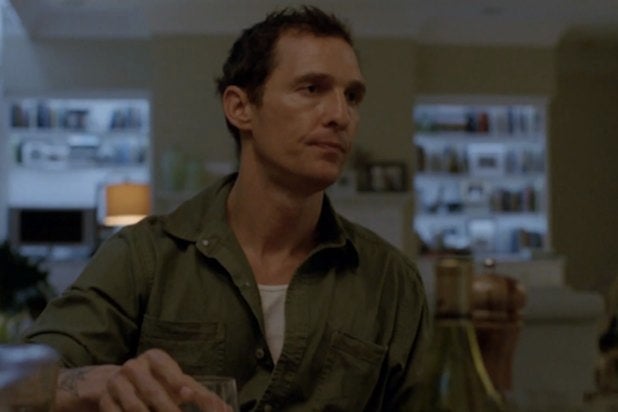 The mystery of which Emmys category “True Detective” will compete in has been solved — and the answer could impact a number of Emmy races.

The freshman HBO series, which starred Matthew McConaughey and Woody Harrelson, will enter this year’s Emmys race in the drama series race. This, despite the fact that the eight-episode “True Detective,” which will pick up next season with a new cast and new storyline, could have qualified for the miniseries category.

Most shows with dual eligibility, FX’s “American Horror Story” foremost among them, opt for the far less competitive miniseries category.

Where “True Detective” would have been a prohibitive favorite in the miniseries category, putting it in the drama series category puts the series in a pretty competitive field — HBO alone is entering heavy hitters “Boardwalk Empire,” “Game of Thrones,” “The Newsroom” and “True Blood.”

It will also go up against “House of Cards,” “The Good Wife,” “Downton Abbey,” “Homeland” and the final seasons of two of the most acclaimed series in television history, four-time winner “Mad Men” and last year’s champ, “Breaking Bad.”

The decision to submit the freshman series against such stiff competition can probably be interpreted as a vote of confidence for the series — the first season, which wrapped in March, became a pop-culture sensation and a ratings hit for the network. The season finale drew 3.5 million viewers, a series high.

The drama-series entry, though, not only replaces a likely win with a real dogfight, but it throws a substantial roadblock in the way of McConaughey making history. In the Outstanding Lead Actor in a Movie or Miniseries category, McConaughey was expected to win easily over Christopher Plummer in “Barrymore,” Benedict Cumberbatch in “Sherlock,” Mark Ruffalo in “The Normal Heart,” Chiwetel Ejiofor in “Dancing on the Edge” and Idris Elba in “Luther,” among others.

Coming only six months after his Best Actor Oscar win for “Dallas Buyers Club,” an Emmy win would have made McConaughey the first male actor to win a lead-actor Oscar and Emmy in the same year. Four actresses, including Liza Minnelli and Helen Mirren, have accomplished the feat.

For McConaughey to win his historic twofer, he now has to beat a formidable field that includes Bryan Cranston in “Breaking Bad,” Jon Hamm in “Mad Men,” Kevin Spacey in “House of Cards,” Damian Lewis in “Homeland,” James Spader in “The Blacklist” and last year’s winner, Jeff Daniels in “The Newsroom.”

In the comedy series category, HBO is submitting “Eastbound and Down,” “Family Tree,” “Getting On,” “Girls,” “Hello Ladies,” “Looking,” “Silicon Valley” and “Veep.”