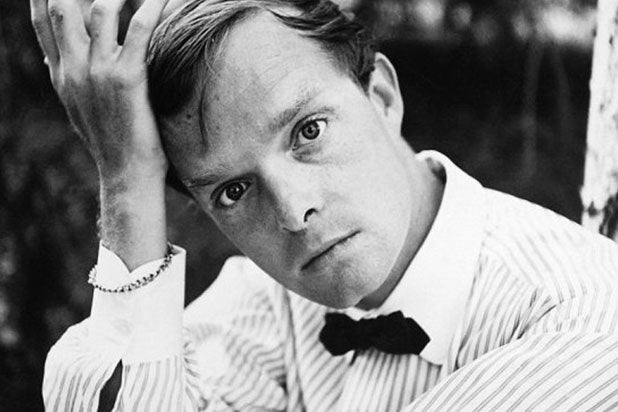 Truman Capote’s ashes are being put up for auction next month following the 2015 death of Joanne Carson, the ex-wife of “Tonight Show” host Johnny Carson who housed the urn in her Bel-Air mansion.

According to The Guardian, the starting price for the ashes contained in a Japanese box will be $2,000. The remains will be auctioned in September, 32 years after the famed writer’s death.

“With some celebrities this wouldn’t be tasteful, but I know 100 percent he would love it,” Darren Julien, president of Julien’s Auctions, told the newspaper. “He loved to create press opportunities and to read his name in the paper. I think he would love it that he’s still grabbing headlines today.”

After Joanne Carson’s death in 2015, the estate executors weren’t sure what to do with the remains.

To Julien’s knowledge, this is the first time human ashes are being auctioned. However, William Shatner‘s kidney stone was auctioned for $75,000 in 2006.

“In this case it’s absolutely fine because it really embodies what Truman Capote was and what he loved to do,” Julien said. “Truman told Joanne that he didn’t want his ashes to sit on a shelf. So this is a different way of honoring his request. It is just furthering the adventures of Truman Capote.”

Capote was born in Louisiana in 1924. He began writing fiction at age 11. His nonfiction novel “In Cold Blood,” about the slaying of the Clutter family in Kansas, was published in 1966 and is recognized as a literary classic.

Julien believes the ashes could raise more than $6,000. “The one thing about Truman Capote is he’s highly collectible,” he told the Guardian. “People collect because they like to show things off. Or they become conversation pieces. This is the ultimate conversation piece.”