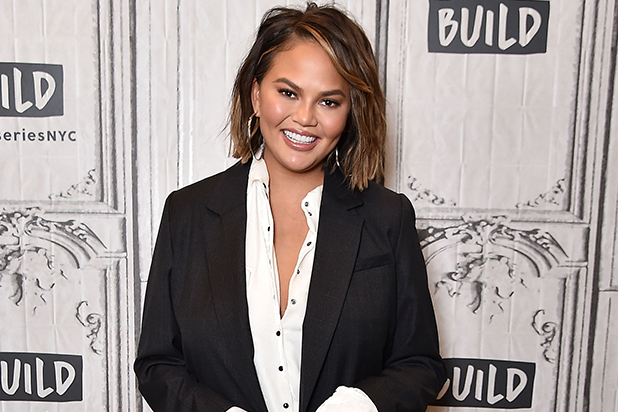 Actress Chrissy Teigen attacked Donald Trump after the president went after NBC News’ Lester Holt, singer John Legend, and Teigen herself for not giving him the credit he feels he deserves when it comes to prison reform.

“lol what a p—- a– b—-. tagged everyone but me. an honor, mister president,” the model and author wrote on Twitter, referencing the fact that her husband Legend, Holt and Van Jones were all called out by name while she was not.

Sunday evening he wrote, “When all of the people pushing so hard for Criminal Justice Reform were unable to come even close to getting it done, they came to me as a group and asked for my help. I got it done with a group of Senators & others who would never have gone for it. Obama couldn’t come close.

“A man named @VanJones68, and many others, were profusely grateful (at that time!). I SIGNED IT INTO LAW, no one else did, & Republicans deserve much credit. But now that it is passed, people that had virtually nothing to do with it are taking the praise,” he continued. “Guys like boring…..”

In the third tweet of the series of four he wrote, “….musician @johnlegend, and his filthy mouthed wife, are talking now about how great it is – but I didn’t see them around when we needed help getting it passed. ‘Anchor’ @LesterHoltNBC doesn’t even bring up the subject of President Trump or the Republicans when talking about.”

Finally, he concluded:“The importance or passage of Criminal Justice Reform. They only talk about the minor players, or people that had nothing to do with it…And the people that so desperately sought my help when everyone else had failed, all they talk about now is Impeaching President Trump!”

Sunday night, MSNBC aired a “Justice For All” town hall with Holt and Legend that, as Legend put it in a promo for the event, discussed “our country’s broken criminal justice system.”
On Twitter, Teigen commented, “the absolute best part of his tweet is I literally didn’t speak in the special, nor was I mentioned. I’m cackling at the pointless addition of me because he cannot not be a bitch.”

The rest of her feed is full of pictures and videos of herself preparing a sign for her daughter’s first day of school, eating pasta, and watching “90 Day Fiance” while encouraging jokes and trends offered up by fans of her critique.
Legend wrote, “Imagine being president of a whole country and spending your Sunday night hate-watching MSNBC hoping somebody–ANYBODY–will praise you. Melania, please praise this man. He needs you.”

As of Monday morning, #filthymouthedwife, #TeamChrissy and, simply, “Chrissy Teigen” were still trending on the microblogging site.
A representative for NBCUniversal did not immediately respond to a request for comment, nor did the White House.