Donald Trump’s inaugural team announced the president-elect’s big lineup for stars for his pre-inauguration concert on the steps of the Lincoln Memorial on Jan. 19.

Singers who have agreed to perform at Trump’s inauguration have faced widespread backlash. Others associated with the event we’re forced to back away, while some have come out saying they wouldn’t perform even if asked.

Here is an easy-to-follow breakdown of the state of Trump’s inauguration: 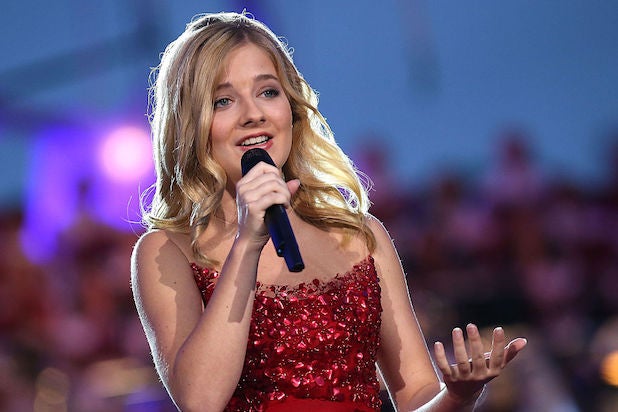 The 16-year-old “America’s Got Talent” contestant will sing a live version of “The Star-Spangled Banner” closing out the inauguration ceremony at the U.S. Capitol.

Since the announcement, Evancho has been on the receiving end of intense backlash after it was reported that her sister came out as transgender.

“My family is kind of a big target,” Jackie Evancho told People. “I have a transgender sister, and so a lot of hate goes towards us.”

Radio City Rockettes
Hours after Madison Square Garden, the Radio City Rockette’s parent company, announced the legendary dance troupe would perform at the inauguration, a dancer took to social media to protest the decision, saying she was being forced to perform.

Following the uproar, MSG issued a statement saying that the Rockettes “are never told they have to perform at a particular event, including the inaugural. It is always their choice.”

The plan to sing at the inauguration caused a rift between the 360-member chorus. A female singer from the famed choir quickly resigned to avoid performing, saying she “could never look myself in the mirror again with self-respect.”

Lee Greenwood
As TheWrap first reported, country star Lee Greenwood, best known for his patriotic hit “God Bless the U.S.A.,” was in talks with the inaugural team from the very beginning. He is set to perform during the “‘Make America Great Again!’ Welcome Celebration” on Jan 19.

3 Doors Down
The Mississippi rock band, known for its hit track “Kryptonite,” will perform at the “‘Make America Great Again!’ Welcome Celebration” at the Lincoln Memorial the day before the inauguration.

The platinum-selling group has since been slammed by fans for agreeing to perform. A rep declined TheWrap’s request for comment. 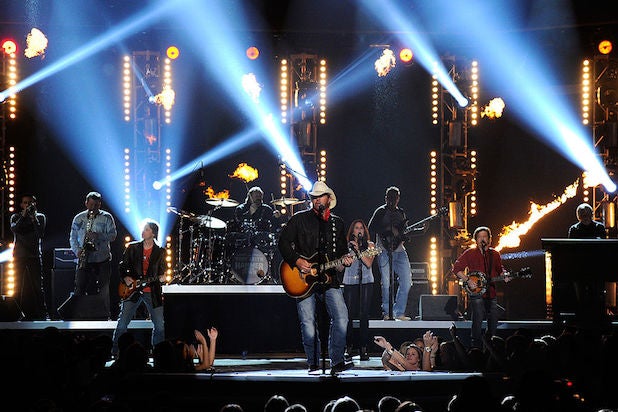 The “American Soldier” and “Courtesy of the Red, White and Blue (The Angry American),” singer was approached several times before finally agreeing, a person with knowledge told TheWrap.

The Piano Guys first burst on to the scene posted piano and cello renditions of popular songs on YouTube.

According to his website, Ravidrums invented “live re-mix,” a process of mixing live drums and DJ-ing, and has worked with Britney Spears, will.i.am, Lil Jon, Pitbull and Slash.

The Frontmen of Country
The Nashville trio consisting of Tim Rushlow, an ex-member of Little Texas; Larry Stewart of Restless Heart; and Richie McDonald of Lodestar was also announced for the Lincoln Memorial event. The group is known for its hits, “What Might Have Been,” “I’ll Still Be Loving You,” and “Beautiful Mess.” 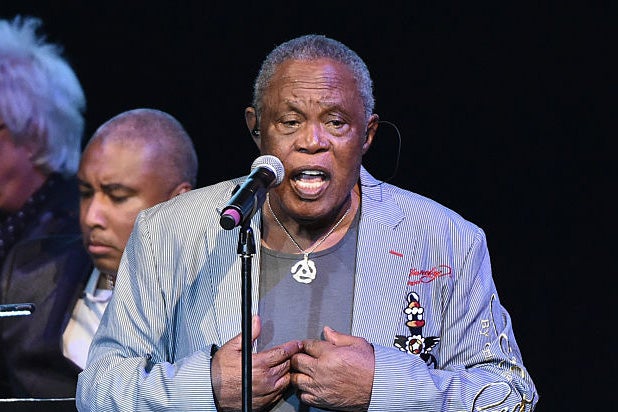 Sam Moore
Moore, of the soul duo Sam and Dave, offered to sing at the Make America Great Again! Welcome Celebration after singer Jennifer Holliday announced she was canceling her performance following criticism from her gay fans.

“I am not going to let them, the left side, intimidate me from doing what I feel is the right thing,” he told the Associated Press.

Travis Greene
The “Made a Way” gospel singer announced he would sing at the inauguration on Instagram.

“After much prayer, deliberation and soul-searching, I literally spoke to most of my spiritual advisers throughout the country, and it was an overwhelming, ‘Go!'” Mr. Greene said in the video post. “That’s what they told me — that they believed this was the will of God.”

Tony Orlando
Best known for his ’70s hit song “Tie a Yellow Ribbon Round the Ole Oak Tree” will perform at the Salute to Our Armed Services Ball on Friday, The Associated Press reported.

Jon Voight
Vought, who narrated the biographical video of Trump used at the 2016 Republican National Convention, will also be attending the Lincoln Memorial event on Jan. 19. Voight’s rep Siri Garber told TheWrap she had “no clue” what he’ll be doing yet, adding, “has not told us yet.” 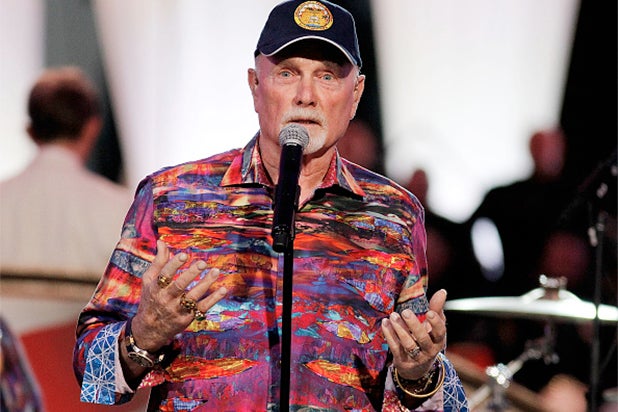 The Beach Boys
A rep for The Beach Boys told People in December that the group was considering performing at the inauguration. Their publicist did not immediately respond to TheWrap’s request for comment.

Andrea Bocelli
As TheWrap previously reported, Bocelli had met with the president-elect and agreed to perform, but then bowed out under pressure from fans.

Trump’s inaugural committee chair Tom Barrack later said in an interview on CNBC that it was Bocelli who offered to sing but that Trump had declined. 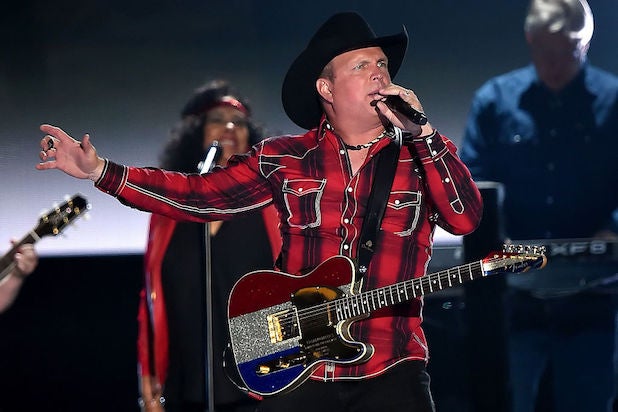 Garth Brooks
As TheWrap first reported, the county singer was perhaps Trump’s only hope for a crossover performer at his inauguration. Brooks left the door open to the possibility of an inaugural performance in early December.

But just weeks later, a person with knowledge told TheWrap that Brooks decided to sit this one out. In a recent Facebook chat with fans, Brooks said that he supports the President-elect but that concert dates kept him from performing at the inauguration.

Jennifer Holliday
Trump’s inauguration team jumped the gun on pledging that Broadway star Jennifer Holliday will perform: A spokesman for the “Dreamgirls” veteran she had been asked to sing, but didn’t immediately agree.

After confirming her participation, Holliday eventually pulled out, calling the decision to perform a “lapse in judgement.”

David Foster
Music producer and composer David Foster said that he was invited to participate but insisted that he declined the offer. But as TheWrap first reported last month, Foster tried to wrangle top talent for the event.

Rebecca Ferguson
The British singer said she too was asked to perform at Trump’s inauguration but turned it down.

At first, the former “X Factor U.K.” contestant said she would consider the invite if she’d be allowed to sing Billie Holiday’s famous hit “Strange Fruit,” a protest song about racism and violence against black people.

Paul Anka
Anka was invited to take part in the inauguration gala at the Walter E. Washington Convention Center, where he was set to perform “My Way” as Trump danced with his wife, Melania.

But the singer said he was forced to cancel due to a scheduling change in an ongoing custody case for his son. 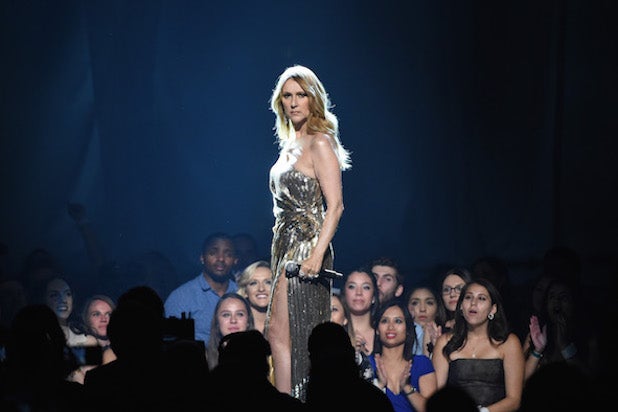 Celine Dion
As TheWrap first reported, longtime Trump friend and Vegas hotelier Steve Wynn had promised to deliver Celine Dion, but could not do so.

Elton John
In a conversation with BBC News in November, Anthony Scaramucci, a member of the presidential transition team, said he believed that Elton would play at the new president’s inauguration after Trump made it clear he wanted the “Tiny Dancer” singer to perform.

A rep for the music legend quickly issued a statement denying that his client had agreed to perform at the inauguration. “Incorrect. He will NOT be performing,” the publicist wrote, using all-caps for good measure.

Gene Simmons
When a TMZ paparazzo asked Kiss co-lead singer Gene Simmons whether he would perform at Trump’s inauguration in December, the rocker’s wife, Shannon Tweed, who was with him, shot back: “No!”

Charlotte Church
The Welsh singer-songwriter, who rose to fame as a classical singer when she was a girl, said she was invited to perform but declined. Church tweeted her response of the invitation saying, “A simple internet search would show I think you’re a tyrant. Bye.”

2 Chainz
The rapper posted a video message on his Instagram account saying that Trump’s team contacted him about perfuming at the inauguration.

“I had to say no, no matter how much money it was,” he said. “I probably won’t be going to the White House no time soon.”

Moby
The electronic-dance D.J. said he was approached by the Presidential Inaugural Committee to perform for Trump’s inaugural festivities, but declined the offer.

“Hahahahaha, I was just asked by a booking agent if I would consider djing at one of the inaugural balls for #trump,” Moby wrote on Instagram. “Hahahahaha, wait, Hahahaha, really? I guess I’d DJ at an inaugural ball if as payment #trump released his tax returns.”

Marching Bands
According to NBC News, Washington-area marching bands, a regular staple in the last five inaugural parades, did not apply to take part in this year’s parade. 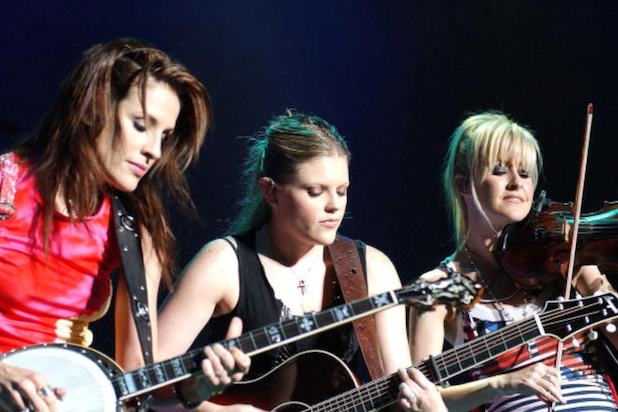 “If anyone does do it, I hope that the check that they get is in the nine figures,” Renshaw said. “Because it’s probably the last check they’re ever going to get.”

Indina Menzel
Asked what she thought of Trump’s inauguration difficulties, the “Let It Go” singer told Vanity Fair: “I think it’s karma, baby… I mean, look: All the artists in the world got up and tried to get our girl [Hillary Clinton] elected, and it still didn’t happen, so we’re all still trying to recover from that.”

Ice-T
Rapper/actor/reality star Ice-T says that Trump’s team reached out and asked him to take part in the president-elect’s big night in January.

“I just got call to perform at the Inauguration … I didn’t pick up and Blocked the number,” Ice-T, who is as well known for his starring role on “Law & Order: Special Victims Unit” as for his hip-hop hits, wrote on Twitter.

But after his tweet set off a a wave of criticism he admitted he was kidding. “Jokes people … I got jokes!”

George Lopez
Comedian George Lopez also tweeted that he turned down the invitation to perform at the inauguration, then they asked if I had Eric Estrada’s phone number #FTP #pelosmelapela

A rep for the comedian told TheWrap Lopez was joking. 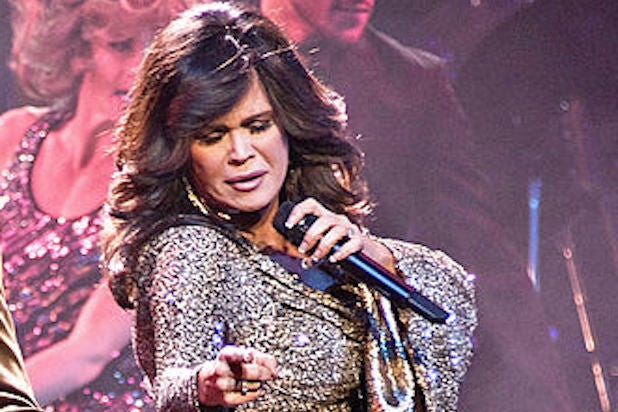 Marie Osmond
As TheWrap first reported, Osmond was forced to walk back comments she made during a an interview with Yahoo when she suggested she’d be open to performing at Donald Trump’s inauguration.

“Let me be clear!” the crooner wrote on her Facebook page. “I had no intention of performing at this inauguration no matter who won!”

Eric McCormack
“Will and Grace” star Eric McCormack told TheWrap he would only perform at Donald Trump’s inauguration in exchange for one thing: “a lobotomy.”

“My whole brain removed from my head,” the actor and singer joked.