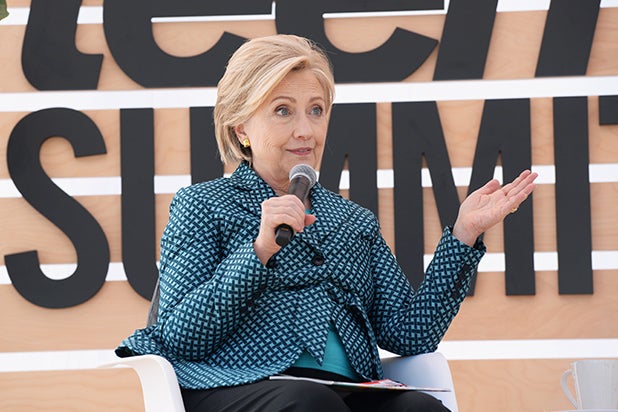 Democratic presidential candidate Rep. Tulsi Gabbard has sued former Secretary of State Hillary Clinton for defamation on Wednesday. Gabbard cited Clinton’s comments about her being a “Russian asset” in the suit and is seeking $50 million.

Filed in the Southern District of New York, the suit took aim at Clinton’s failed 2008 and 2016 runs for the presidency while outlining the defamation accusations.

“Tulsi Gabbard is running for President of the United States, a position Clinton has long coveted, but has not been able to attain,” the suit reads. “In October 2019 — whether out of personal animus, political enmity, or fear of real change within a political party Clinton and her allies have long dominated — Clinton lied about her perceived rival Tulsi Gabbard. She did so publicly, unambiguously, and with obvious malicious intent.”

A representative for Clinton did not immediately respond to a request for comment.

On “Campaign HQ,” the podcast referenced in the suit which is hosted by former Obama campaign manager David Plouffe, Clinton said, “I’m not making any predictions, but I think they’ve got their eye on somebody who’s currently in the Democratic primary and they’re grooming her to be the third-party candidate. She’s the favorite of the Russians. They have a bunch of sites and bots and other ways of supporting her so far and that’s assuming Jill Stein will give it up because she’s also a Russian asset.”

“Tulsi is not a Russian asset. No one — Russia or anyone else — controls her or her presidential campaign. Instead, Tulsi is a loyal American servant, declaring her allegiance to the United States of America both as a soldier and as a member of Congress,” the suit said.

In a response via tweet at the time, Gabbard called Clinton the “queen of warmongers.”