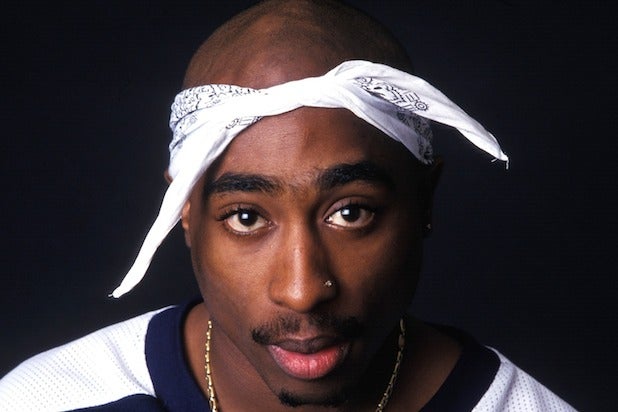 The first teaser trailer for the Tupac Shakur biopic, “All Eyez On Me,” has been released on what would have been the rapper’s 45th birthday.

The clip that went online Thursday shows a police raid as well as Demetrius Shipp Jr. appearing as the legendary rapper in front of thousands of fans.

The teaser trailer was posted to the Instagram account of radio show “Big Boy’s Neighborhood,” and features the voice of Danai Gurira (“The Walking Dead”), who plays Shakur’s mother, Afeni.

“This ain’t just about you,” she said. “Like all black men, you have a bullseye on your back. They are going to give you the tools that you need to destroy yourself,”

Open Road Films is releasing the drama in theaters on Nov. 11.

Checkout the teaser trailer for All Eyez On Me! June 16th is Tupac's birthday. What's your favorite Tupac song?