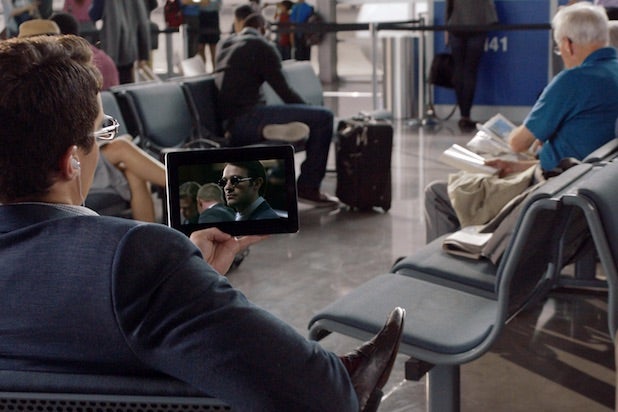 TV Everywhere finally may be breaking out of its funk, but it still has a long way to go, according to a new study by Adobe.

TV Everywhere, the television industry’s program to keep customers in the pay-TV model even as viewing migrates online, has struggled with meager adoption for years. The program lets subscribers stream TV content over the Internet by “authenticating” that they already pay a regular cable or satellite bill. If you’ve ever been asked to enter your cable or satellite password before watching a show or movie on a device, that’s a TV Everywhere authentication.

At the end of 2015, the share of pay-TV households that signed in to TV Everywhere jumped to 17.4 percent, after it had been mired in the 11 percent to 14 percent range since the middle of last year, according to Adobe’s latest Digital Video Benchmark report.

That’s “breakout growth” in the share of households that are using TV Everywhere, Jeremy Helfand, the vice president of Adobe Primetime, said in an interview with TheWrap. But it still has a big gap to close between purely online rivals. Compared to TV Everywhere’s 17.4 percent penetration, Netflix has about 40 percent of households logging in, Helfand said.

“One of the concerns the industry has had is whether this TVE model would take shape. There is this acceleration happening, as consumers are getting more used to or aware that TVE content is there,” he said.

The leap in the final quarter of last year occurred even though the period lacked any single big event, like an Olympic games or March Madness, that would lure viewers to flock online for viewing, he noted. TV Everywhere is seeing a combination of new viewers starting to watch and more viewing by existing users.

Also Read: Netflix and Other Streaming Services Hog 70 Percent of the Internet

The report also found that the volume of logins through TV connected devices like Apple TV or Roku is exploding, as people shifting their TV Everywhere authentications to devices that will stream video onto the biggest screen in the house. In the fourth quarter, 21 percent of authentications were through a TV-connected device, up from 16 percent a year earlier and less than 3 percent the year before that.

That growth is coming at the expense of viewing on iPhones and iPads. The share of authentications on Apple’s mobile operating system iOS dropped 9 percentage points to 36 percent.