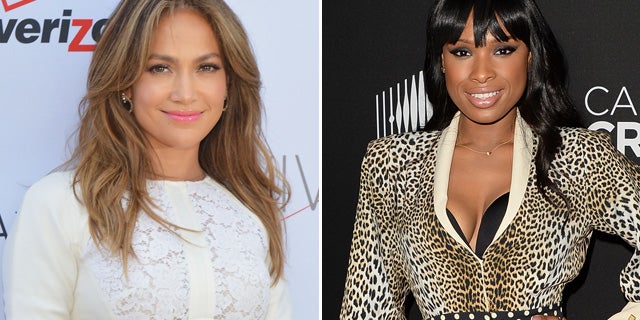 Fox's "American Idol" is going back to its safe place – or at least it's trying.

Two months after TheWrap broke the story that Fox was looking to completely revamp the judging panel on its declining singing competition, insiders tell us that indecision among the newly appointed executive producers have caused plans to shift several times.

Former judge Jennifer Lopez is in negotiations to return to the Fox singing competition, an individual with knowledge of the situation told TheWrap.

Formerly, Lopez made about $15 million a season for the gig, but those kind of numbers don't work for the current climate at "Idol," which has been shedding viewers for several seasons now.

If producers can come to an agreement with Lopez, then Jennifer Hudson is most likely out. The Season 3 alum had struck a deal with the producers to join the panel for somewhere between $4-$5.5 million, but her contract was never finalized and remains open.

Hudson made sense back in May when the goal was to put together an all-alumni panel. According to the "Idol" insider, that plan fell away after producers failed to sign Kelly Clarkson.

One "Idol" insider said that producers are still leaning toward a three-person panel and their preference is one female and two males. If they can come to agreement on salary, Lopez will return and Hudson will likely be let go. Keith Urban is set to return for the second spot and technologist-singer will.i.am, who's currently in negotiations, is the top contender for the last spot.

The ongoing indecision stems from the differing views of the quartet of new producers — Simon Fuller of 19 Entertainment and his new producers Jesse Ignjatovic and Evan Prager, former Swedish "Idol" producer Per Blankens for FremantleMedia and Fox's David Hill.

Apparently Fremantle's Swedish producer wants the show to go with the biggest possible talent, while Fox is more interested in a balanced panel than in spending diva dollars.

Of course, it's entirely possible that the plan will shift again before the panel is set. But, time is definitely not on "Idol's" side as auditions for Season 13 started earlier this month in Salt Lake City and ends Aug. 11 in Omaha.

Fox, Fremantle and 19 Entertainment declined to comment for this report.

This isn’t the first time "Idol" producers turned to Lopez for help. Allegedly, they hatched a plan to replace Mariah Carey in April as a ratings stunt but Carey's lawyers put an end to the plot.

Things began to unravel even before Mike Darnell left his post as Fox's president of alternative programming. Fox then tapped David Hill to oversee "Idol" and "The X Factor" soon after.

As TheWrap first reported, founding producers Nigel Lythgoe and Fremantle Ken Warwick were fired in June. Blankens and Den of Thieves would later replace them, respectively.

Additionally, judges Randy Jackson, Mariah Carey and Nicki Minaj have confirmed the exits TheWrap reported first in May. That leaves Urban and host Ryan Seacrest, who has another year on his contract.