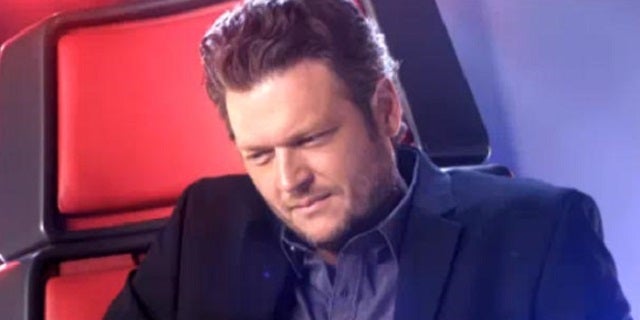 A "Voice" coach's penchant for calling it as he sees it has once again generated controversy.

A mere week after Adam Levine grabbed headlines by blurting out "I hate this country" on the NBC singing competition, Blake Shelton has found himself in a no-doubt unwanted spotlight, after going off on a music critic via Twitter.

In a series of venomous tweets, Shelton called Guerra a spineless coward.

Just kidding; Shelton was much harsher, characterizing Guerra as a "chicken shit" who lacks the "balls" to criticize Tucker — a member of Shelton's team — to Shelton's face.

"OH. Holly Tucker is gone. It took much too long," Guerra wrote in his recap of Tuesday night's episode. "But finally. Back to Baylor University in Waco for you, madam."

That was enough to make Shelton engage in a flurry of what would no doubt be called "fightin' words" in Shelton's neck of the woods.

"It's people like you @joeyguerra that make me sick… Holly is not only a talented singer but a great person that's simply chasing a dream," Shelton wrote.

And then he got nasty.

"How about you @joeyguerra grow some balls and come tell me to my face how terrible some of these kids are face to face..?" Shelton asked of the critic. "You won't. Ever."

And, "You @joeyguerra are a chicken shit. I can't stand a person that makes a point to write hurtful things about kids just trying their best."

And lest Guerra forget just what variety of farmhouse excrement that Shelton believes him to be, the country singer reiterated, "How much do y'all wanna bet he'd NEVER criticize my team OR me like that face to face…. Chicken shit."

Shelton later apologized to his three-million Twitter followers — but notably, not to Guerra — in a tweet explaining that he's "passionate" about nurturing young talent.

"I'm sorry for going off y'all…," Shelton wrote. "But I am passionate about encouraging young people to follow their dreams.. We GOOD people don't need hate."

Except, apparently, when it comes to hating poison-penned music critics.