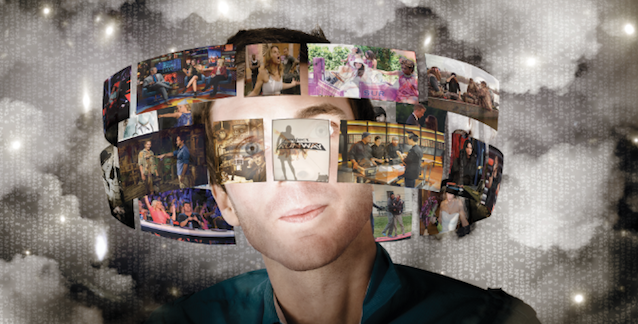 Why are the Emmy statuettes for reality programs awarded to a handful of the same shows year in and year out? That’s not easy to answer when trying to be diplomatic. (It’s easier to answer after a couple of drinks with your buddies at the end of an arduous day at Realscreen.) With hundreds of hours of genre-bending TV happening every night of the week — nearly 40 percent of all broadcast and cable primetime –you would think that fresh shows and producers would occasionally grace the nomination process.

And while most of our peer group’s work can only be seen on cable, voters keep focusing on the broadcast shows: Eight of the 12 nominations for reality and reality-competition programs went to the broadcast networks last year. Can it be that every show that fails to make it to the first round on an Emmy ballot fails simply because it’s not on CBS, NBC, ABC or Fox?

Also read: In Praise of Tacky Reality Shows That Won't Get Anywhere Near the Emmy Stage

The answer is no. But there is another reason why it happens, and it’s not pretty. It has to do with who is voting and with the fact that most of the reality-TV community is still left out of the nomination and awards process.

To explain how and why all reality shows are lumped together into a couple of categories is the stuff of nuanced nuclear physics. ("Antiques Roadshow" vs. "Kathy Griffin: My Life on the D-List"?? "Hoarders" vs. "Deadliest Catch"??) And to explain the voting procedures and balloting process would require reading the 176-page Rules and Procedures manual provided by the Academy.

No thanks! But this much is clear: For years, the Academy seemed to be stuck in reverse, bogged down in politics, broken and rusting away like one of those cool barn finds you can see on "Chasing Classic Cars" on Velocity. (Check your local listings. Never had an Emmy!)

This year, the Academy created a new peer group for the non-scripted community, the Reality TV peer group. (Previously, we were lumped together with the documentary members.) The decision was not timely; in fact, it was about four years too late, and I immediately said, “Why bother?” Besides, my past experiences on the Academy’s awards committee hadn’t been fun, and they’d led me to believe that change was always going to be tough.

But this time around, I am amazed to report, it was different, very different: I saw optimism, fresh faces and a clear desire to acknowledge the programming facts.

It all sounds promising, so what’s the problem? The Reality TV Peer group has approximately 500 members, and the Academy has 15,000 members, all of whom can currently vote for nominations in the reality program categories. Our peer-group committee has just gotten approval from the Board of Governors to change the judging eligibility requirements for our award category, and we’re really counting on us, the reality-TV community, to step up and jump in.

If we don’t get involved, nothing will happen. But if we as a peer group make the effort to be counted, the odds are in our favor that new faces and projects will receive accolades for Outstanding Reality Program.

The point is, if you don’t want to see the same show get its 14th statue this year, then make yourself count! Please make the difference!