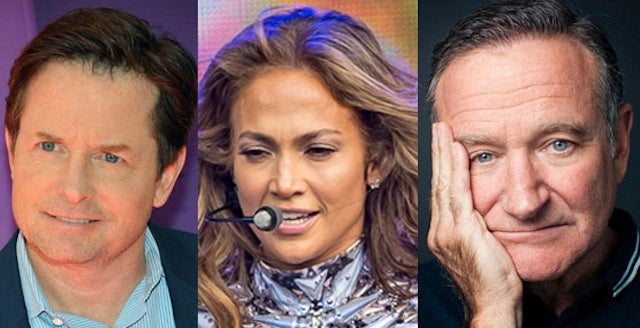 This is a rebuilding season for broadcast television.

Ratings are down, and last season produced only two modest hits, NBC's "Revolution" and Fox's "The Following." "American Idol," once TV's biggest show, has parted ways with all but one of its judges. Cable, Netflix, and companies we haven't evn heard of yet are all cutting into viewership.

But are broadcasters rebuilding enough? Some of their most ambitious ideas are from the past: Michael J. Fox and Robin Williams anchoring sitcoms. A "24" reboot. And – get this – Jennifer Lopez as an "American Idol" judge. (She's not official yet, but her boyfriend says it's a go.)

Here are the biggest questions networks face this fall season:

1. Can NBC Reclaim Thursday Nights?
NBC has a long, proud tradition of great Thursday comedies, from "Cheers" to "The Cosby Show" to "Seinfeld" and "Friends" and "30 Rock." But America's favorite place for Thursday comedies is now… CBS, home to "The Big Bang Theory," TV's most popular sitcom.

NBC is bringing in "Family Ties" vet Michael J. Fox and "Will & Grace" favorite Sean Hayes to try to bring family shows back. They'll have to overcome CBS and Fox's musical shows, "X Factor" in the fall and "Idol" in the winter.

2. Can Michael J. Fox Deliver a Hit?
He's a hero for his work on Parkinson's, and an inspiration for refusing to let it end his career. But will viewers watch NBC's "The Michael J. Fox Show," given its focus on a man battling a serious disease? They've accepted serious themes in comedies before. And they've even tuned in for the often depressing "Breaking Bad." That show's excellent Betsy Brandt plays Fox's wife.

Also read: 5 Things We Know About Next Season 3. Same Question, for Robin Williams.
Williams is one of the biggest movie stars to swoop into television. Yes, he's hurt his reputation with some painfully cloying family films. But he has an Oscar for a reason. The question is whether viewers will see his weekly presence on David E. Kelley's "The Crazy Ones" as a gift, or a waste of his talents. He may be best served to hold back: The CBS sitcom has a great secret weapon in James Wolk, last season's breakout star on "Mad Men."

4. Can 'Marvel's Agents of S.H.I.E.L.D.' Draw 'Avengers' Fans?:
The TV budget for ABC's "S.H.I.E.L.D." means it won't have A-listers, multimillion-dollar effects or Joss Whedon writing and directing every week. After the pilot, he hands off to his brother and sister-in-law, Jed Whedon and Maurissa Tancharoen.

But thanks in part to them, "S.H.I.E.L.D." still has one of the most important things that made "The Avengers" a hit: It doesn't take itself too seriously. And Jed Whedon and Tancharoen came up with one of the best parts of the pilot. Seems the mortals might be just fine without super soldiers and Gods of Thunder.

5. Will CBS Have Its Time Warner Dispute Settled in Time?
CBS hasn’t been too hard-hit by Time Warner blacking out its stations in several major markets this month. But September is the plunging cliff at the end of their game of chicken.

If the two sides can't reach a resolution on retransmission fees, the top-rated network will start the season with a major handicap. Of course, Time Warner subscribers may get so fed up that they switch providers by then. There's no cause for optimism so far: CBS CEO says he's "frankly mystified" by what he considers TWC's stubbornness.

6. What About the CW?
The network, which targets 18-to-34-year-olds, is competing for the viewers most likely to be bailing out on TV for the internet. It's best hope is finding buzzy, can't-miss shows that people frantically discuss online, like "Gossip Girl" used to be.

It's unclear whether it has them with fall series like the "Vampire Diaries" spinoff "The Originals" (pictured) and the historical romance "Reign." But at least the CW is hedging its bets, by making smart deals with Netflix to make its shows available for streaming.

7. Is the Music Over?
"The Voice" and "X Factor" have sliced into the "American Idol" pie, and last year all three shows were down. "X Factor" has revamped its judges' panel, again, and "Idol" is in the process of doing the same. The question is whether "Idol" can reinvent itself yet again.

It worked pretty well last time when Jennifer Lopez and Steven Tyler joined the show. If not, Fox will just have to settle for "Idol" claiming eight years as television's top show.

8. Should There Even Be a Fall Season?
With shows like CBS's "Under the Dome" and Fox's end-of-season "24: Live Another Day" and "Wayward Pines," broadcasters are trying to program year-round to picking up viewers during slow times of year, like cable does.

Many have questioned whether we still need the old model, in which pilots are pitched, picked up and shot early in the year, then ordered to series in the spring, and finally aired in the fall or the amorphous time of year called "midseason." With shows like CBS's 13-episode "Hostages" and several networks' limited-run series, networks are also looking at shorter seasons.

In a Netflixed world where viewers can watch what anything, anytime, the idea of a September-through-May season that runs for 24 episodes may seem antiquated. But it does have its uses. "The Good Wife" co-showrunner Robert King recently told the New York Times that if not for the predictable timeline, network executives "wouldn’t know when to go on vacation."