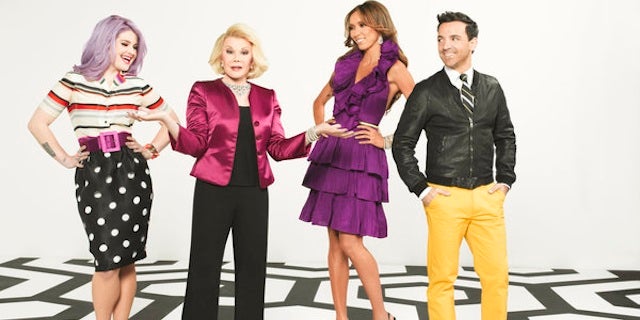 In response to Wednesday’s strike by the writers on E!’s “Fashion Police,” which is backed by the Writers Guild of America, the network says it's “disappointed” with the action and says that the union has stalled negotiations.

"I want to make sure you are aware of a work action taking place on 'Fashion Police.' We are disappointed that the WGA has called a strike and some of the 'Fashion Police' writers have chosen to vacate their positions. It's unfortunate given that we have taken every action to expedite an election for these writers to decide if they wish to have a bargaining representative, which is the NLRB process that E! and the Guild followed for two other shows now under WGA agreements. In fact, if the WGA had taken the same path as they did with 'The Soup' and 'Chelsea Lately,' we would be well into negotiations toward a deal at this time. We are hopeful the 'Fashion Police' writers will choose to follow the same process and if the writers vote for Guild representation, we are prepared to sit down immediately with WGA representatives in the hopes of reaching a fair agreement."

In a separate statement to press, the network wanted to make clear that "Fashion Police" co-host and executive producer Joan Rivers supported the writers’ efforts to organize.

It reads: “As a point of clarification, Joan Rivers has gone on record repeatedly that she supports the 'Fashion Police' writers and wants a fair agreement for them.”

The battle has been waging over the past two weeks as the writers have expressed a desire to organize and join the Writers Guild of America West. They have filed $1.5 million in wage and hour claims with the California Division of Labor Standard Enforcement (DLSE) against the network and Rivers' production company, Rugby productions. They are seeking payment for unpaid regular and overtime hours worked.