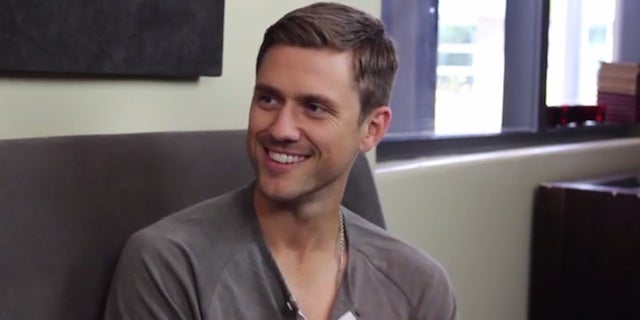 Broadway star Aaron Tveit has been in major demand for a television role for years. After some guest starring roles, he landed his first series regular job on USA’s dark crime drama, “Graceland.”

“I don’t have to wait around on-set as much as I used to,” he told TheWrap. “That’s just the way it is. When you’re a guest star on something… the schedule doesn’t really revolve around you. You’re kind of there to service the show. There were days where I had to wait around a lot on-set. So, this one you don’t have to wait as much. There’s more working and less waiting, which is nice.”

On “Graceland,” Tveit plays rookie FBI agent Mike Warren who arrives to the titular safe house on the beach to be mentored by Paul Briggs (Daniel Sunjata). Unknown to Briggs, Mike is there to investigate his teacher. But, that may be coming to an end as Mike has decided to stop the investigation after suspicions that his handler has ulterior motives.

On the last episode, Mike’s handler went undercover as drug kingpin, Jangles, to confront him on his suspicions. The two get into an altercation and a gun shot rings out before Mike’s handler falls to the ground.

“I mean that’s pretty big,” Tveit said. “Briggs doesn’t know it yet, but he kind of inadvertently killed an FBI agent. So, that’s definitely going to come back.”

With just two episodes left in the season, what fallout can we expect?

“It seems right now as if the heat might be off, but it’s definitely not the case,” he explained. “It’s still going to be there and, yeah, it gets interesting because a lot of new issues have popped up now that [Briggs] has inadvertently killed this guy.”

Watch our interview with Tveit below.

Drinking With the Stars