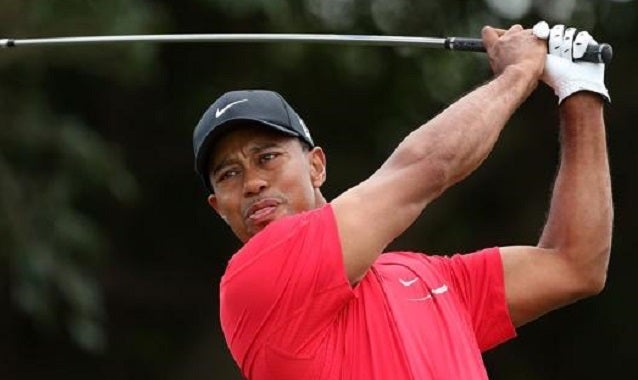 Tiger Woods burned up the course Sunday, cruising to a 7-shot victory at the World Golf Championships: Bridgestone Invitational tournament in Akron, Ohio.

If you’re a Time Warner Cable subscriber, that might be news to you.

CBS broadcast the final two rounds Saturday and Sunday, but 3.5 million customers in and around New York, Los Angeles, Chicago, Dallas, Boston, Pittsburgh, Denver, Detroit and several other cities lost access to CBS programming Friday as the cable provider dropped the network in a dispute over fees.

Missing out on Sunday’s results had to be tough for golf fans, especially with the hugely popular Woods on a hot streak, but next week could be worse if the cable company and broadcaster can’t iron things out before then.

If the dispute is not resolved by Thursday, TWC subscribers will also miss out on CBS Sports' coverage of the season's final major, the PGA Championship, which runs through Aug. 11.

The shutoff went into effect at 5 p.m. ET Friday and marks the first time CBS and Showtime, the cable network it owns, have allowed their signal to go dark during a retransmission dispute.

There was no movement or new statements Sunday from the network or TWC, which blames the blackout on CBS' refusal to engage in "productive discussion" and "not willing to come to reasonable terms."

"We agreed to an extension on Tuesday morning with the expectation that we would engage in a meaningful negotiation with CBS. Since then, CBS has refused to have a productive discussion," TWC said in a statement. "It’s become clear that no matter how much time we give them, they’re not willing to come to reasonable terms.  We thank our customers for their patience and support as we continue to fight hard to keep their prices down."