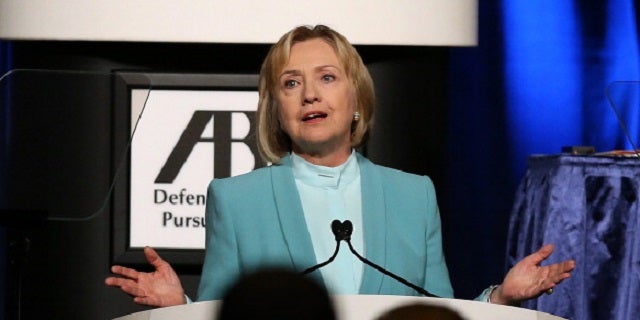 Fox Television Studios has decided not to produce NBC's controversial miniseries about Hillary Clinton after all, a spokeswoman for the studios told TheWrap on Friday.

Last week, news broke that Fox Television Studios was in early talks to produce the project, which will star Diane Lane as the former First Lady and Secretary of State. However, in the ensuing days, a raging controversy over the project has emerged, with the GOP passing a resolution to block NBC from the Republican debates because of the project.

While the GOP's ire over the project about Clinton — a possible contender in the 2016 presidential race — has grabbed headlines this week, an individual familiar with Fox Television Studios' decision said that the company declined the project due to the inability to reach agreeable deal terms.

The GOP resolved to block NBC as well as CNN on Friday, claiming that those networks planned to air programming "that amounts to little more than extended commercials promoting former Secretary Clinton" in "an attempt to show political favoritism and put a thumb on the scales for the next presidential election."

The resolution declared that, if the networks go forward with their Clinton projects, "the Republican National Committee will neither partner with these networks in the 2016 presidential primary debates nor sanction any primary debates they sponsor."

The four-hour miniseries, announced at the Television Critics Association press tour earlier this summer, is being written and directed by Courtney Hunt ("Frozen River"), and will "recount Clinton’s life as a wife, mother, politician and cabinet member from 1998 to the present."