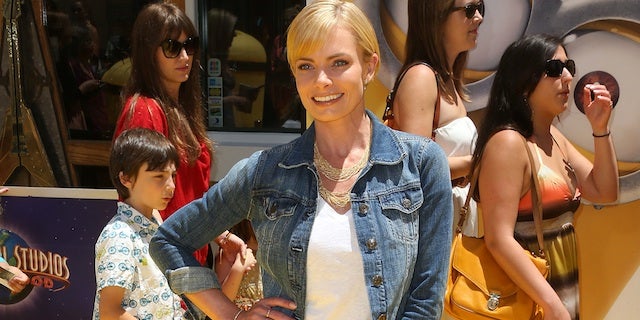 Jaime Pressly is starting over as the title character on TV Land's pilot, "Jennifer Falls."

“It’s amazing to have someone like Jaime Pressly on board for ‘Jennifer Falls,'” said executive vice president of development and original programming, Keith Cox, in Monday's announcement.

“We loved this script from the moment we read it, and Jaime just brings the role to life perfectly,” he contininued.

Jennifer is described as "a career woman and mother who must move back in with her own mom after being let go from her high-powered, six-figure salary job. With her teenage daughter in tow, Jennifer has to face her new life, trying to reconnect with old friends in her hometown and making ends meet as a waitress in her brother’s bar."

Pressly is best known for playing Joy on NBC's "My Name Is Earl." She just starred on the short-lived "I Hate My Teenage Daughter" from Fox. Her TV credits also include "Two and a Half Men," "Raising Hope" and "Rules of Engagement."

Pressly is represented by CAA.