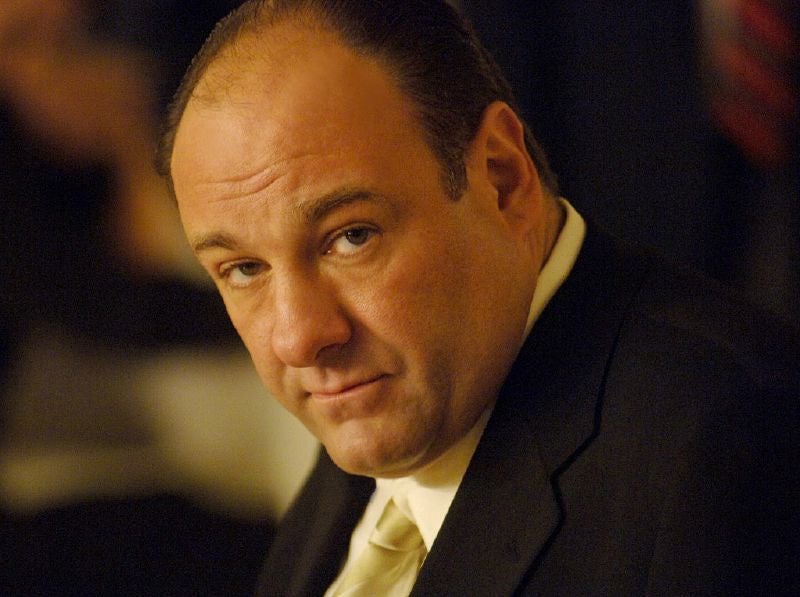 James Gandolfini's "Sopranos" family eulogized the actor who for six seasons of the HBO's mob drama served as the patriarch of a TV empire.

Calling Gandolfini a "genius," "Sopranos" executive producer and creator David Chase said he was "one of the greatest actors of this or any time."

“He was a genius. Anyone who saw him even in the smallest of his performances knows that," Chase said in a statement. "He is one of the greatest actors of this or any time. A great deal of that genius resided in those sad eyes. I remember telling him many times, 'You don't get it.  You're like Mozart.’ There would be silence at the other end of the phone."

Chase acknowledged that the actor "wasn't easy sometimes." "But he was my partner, he was my brother in ways I can't explain and never will be able to explain," he added.

Gandolfini died suddenly in Rome on Wednesday of a heart attack. He was 51.

Read on for further remembrances from Gandolfini's "Sopranos" family.

Edie Falco: "I am shocked and devastated by Jim's passing. He was a man of tremendous depth and sensitivity, with a kindness and generosity beyond words. I consider myself very lucky to have spent 10 years as his close colleague. My heart goes out to his family. As those of us in his pretend one hold on to the memories of our intense and beautiful time together. The love between Tony and Carmela was one of the greatest I've ever known."

Michael Imperioli: "Jimmy treated us all like family with a generosity, loyalty and compassion that is rare in this world. Working with him was a pleasure and a privilege. I will  be forever grateful having had a friend the likes of Jimmy."

Tony Sirico: "Jimmy was one of my closest friends in life. He helped me with my career as well as my personal life, We visited troops together in Iraq and became very close. He will be missed and I love him." Vincent Pastore: "He was a brother, a great friend and a great actor. When you were in a scene with Jimmy, it shined. He was a perfectionist, but always wanted to make sure you were happy with the scene as well. He will now become even bigger in death than he was in life … When I would see Jimmy, I would laugh with him and hug the guy. Now when I think of Jimmy I cry and will cry for some time to come. God bless Jimmy and his family. Rest in peace."

Steve Schirripa: "Jimmy was a dear friend and like a brother to me. He was a great actor and a great father. I will miss him terribly. I am very sad."

Steven Van Zandt: "I have lost a brother and a best friend. The world has lost one of the greatest actors of all time."

Lorraine Bracco: "We lost a giant today. I am utterly heartbroken."

Terence Winter: "I'm truly crushed at the passing of my friend Jim Gandolfini.  He was a gifted, fearless actor, respectful of everyone he met, and extraordinarily generous in every possible way. My heart goes out to his wife and children."

Aida Turturro: "I’ve not only lost a great friend, but a true brother, on screen and off.  James was the most generous actor to work with, but more so, a man with a heart of gold. I love him and my heart goes out to his family."

Steven Zaillian: "I worked with Jim before 'The Sopranos' and after it, and throughout these many years he has always been the same man. A real man, like they don’t make anymore. Honest, humble, loyal, complicated, as grateful for his success as he was unaffected by it, as respectful as he was respected, as generous as he was gifted.  He was big, but even bigger-hearted. I’m so saddened to lose my friend, and sadder still for his family."

Drea de Matteo: "Fughedabout losing one of the best actors of our time … we lost so much more … anyone from the Soprano family will tell you he was one of the most generous, real and humble human beings ever…with a presence that could shatter planets when he walked into a room. A King through n through. So very sorry for his family."

Matthew Weiner: "I'm shocked along with the world about the loss of a great artist and friend. My heart goes out to his family and to the whole 'Sopranos' cast and crew who loved him as deeply as he loved them."

Various "Sopranos" crew members: "He was the head of the Soprano family on and off screen …. he took care of us all no matter who we were. His generosity was limitless. There are no words to truly describe how much he was loved & how much he will be missed!!"