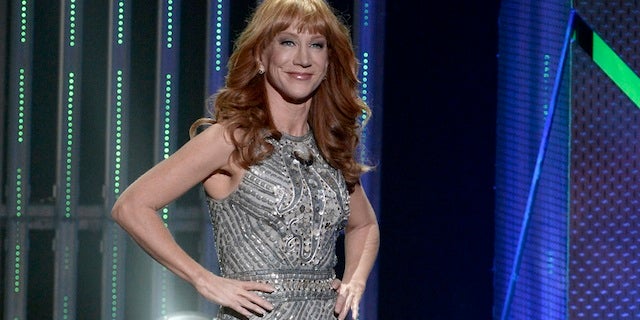 It's a war of the Emmy-winning comediennes when Kathy Griffin guest stars on Kirstie Alley's upcoming TV Land series.

Griffin will play herself on an episode of "Kirstie," TheWrap has learned.

On the episode, Griffin will trigger some insecurity issues when she considers moving into an apartment across from Maddie (Alley) and the paparazzi follow. Fearing she'll have to play second fiddle to the celebrity in her own building, Maddie goes to great (and ridiculous) lengths to keep Griffin from moving in.

"I’m sorry to say this episode is based on several actual attempts in my life to move in next door to someone who has been featured prominently in my act," Griffin told TheWrap exclusively.

"Ring a bell Ryan Seacrest and Oprah? Just kidding! It really will be a pleasure and an honor to work beside such a funny and talented actress – who as it turns out actually gets the joke," she continued.

Also read: Emmys: Kathy Griffin Spills – 'How I Got Off the D-List'

On the sitcom premiering Wednesday, Dec. 4, Alley plays Broadway star Maddie Banks, whose life gets turned upside down when the son she gave up for adoption re-enters her life.

Griffin is represented by WME and Edelstein, Laird & Sobel.