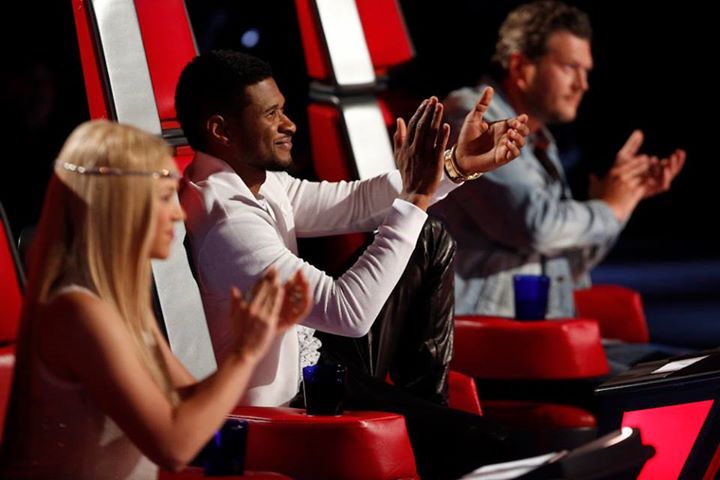 As "The Voice" wraps its fourth season, tell us if this scenario sounds familiar: A give-it-your-all reality competition becomes a national fascination, and people agonize over whether their favorite competitors will be voted off. Other shows mimic its formula — and eventually another show becomes the nation’s reality spectacle of choice. It outpaces its predecessor and makes many of us forget just how original the original once seemed.

We aren’t just talking about “American Idol,” but also Mark Burnett‘s “Survivor,” the show that may be most responsible for launching the reality genre in the U.S. Just as "The Voice" has surpassed "Idol," "Idol" once overcame "Survivor."

“Survivor” debuted in 2000, drawing big ratings and changing the television landscape. Two years later came “Idol,” which took its inspiration from a British singing series but went on to rule U.S. television for eight years, dwarfing its predecessor and everything else in the ratings to such an extent that executives dubbed it “The Death Star.” “Idol” owed its success partly to the brutal honesty of Simon Cowell, who was every bit as shrewd as “Survivor’s” first-season winner, Richard Hatch.

In the 2011-12 TV season, “Idol” finally fell to NBC’s “Sunday Night Football” — which got an assist from a new Burnett show, “The Voice,” which unlike “Idol” didn’t succeed by playing rough. The NBC singing competition took a more encouraging approach (subbing in “coaches” for “judges”) and nearly tied “Idol” for second place behind football.

In the process, it replaced “Idol” on the list of Emmy contenders for Outstanding Reality-Competition Program last year, leaving the original singing show out of the category where it had been a staple for nine consecutive years.

This past season, “Idol’s” 12th, “The Voice” has finally bumped Fox’s phenomenon as the top singing show — though neither sing-off now scores the outsized ratings “Idol” once did. In fact, ratings for “The Voice," “Idol” and Fox’s “X Factor” are all down.

The final numbers for "The Voice" will change slightly with Tuesday's finale, but it will end the season as television's top reality show in the key demo.

To hear Burnett tell it, “The Voice” owes its success to being “a kinder show.” After a decade of reality shows in general getting more down and dirty, the devout Christian producer believes “The Voice” won out with decency. “There’s no humiliation on it,” he told TheWrap. “I feel that that’s important with audiences.”

He added: “Also, our coaches are very, very current in their careers. I feel like it’s become young America’s favorite show.”

No matter how much of a role they truly play, the judges behind the table — or coaches in the spinning chairs — always get the credit or blame for a show’s success or slide. They’re too mean. They’re too nice. Or, as critics said of outgoing “Idol” judge Randy Jackson, they don’t come down hard enough either way.

It’s true that “Idol” began to lose its bulletproof status when Cowell departed after Season 9 for “X Factor”. And though his new show earns respectable ratings, they lag those of Idol and “The Voice” — to say nothing of the “Idol” of old. It’s also true that “Idol” became nicer in Seasons 10 and 11, when Jennifer Lopez and Steven Tyler took over as judges — and the show still slipped in the ratings.

On the other hand, Cowell may have miscalculated when he decided to turn his “X Factor,” which debuted in fall 2011, into a higher-stakes, tougher “Idol.” In the first episode, the show introduced a newly sober addict, a single mother with dreams of sending her son to a good school and a 13-year-old who said her family has “no money” and dreamed of having her own bathroom. “Get ready for a new bathroom,” Cowell told her. Eleven weeks later, she was sent home in tears.

Burnett’s “The Voice,” meanwhile, beat “X Factor” to the airwaves by five months and had already embraced its nicer approach, becoming NBC’s biggest show besides “Sunday Night Football” in the process.

So, do musical competition shows need to get nicer? Or nastier? It’s one of the big questions facing the replacement for Fox’s president of alternative entertainment, Mike Darnell, who announced in late May that he was moving on. (Darnell told TheWrap that the declining singing show ratings had “nothing at all to do” with his decision to leave, saying "Idol" was “a phenomenon.”)

The much-hyped “Idol” rivalry this year between Nicki Minaj and Mariah Carey didn’t produce as much ratings heat as Fox may have hoped. And the lower “X Factor” ratings despite the much-hyped addition of Britney Spears in Season 2 suggests that big names can’t guarantee better numbers.

So whatever else it does, Fox seems to be abandoning its superstar approach.  Kelly Rowland and Paulina Rubio have been named the new judges of “X Factor,” and while both are pop stars, neither is a Britney Spears or Mariah Carey. And TheWrap reported last month that all four “Idol” judges will be out next season. (As of now, only Keith Urban remains on the “Idol” panel.)

Is it possible that the shows really are, as the judges and producers always insist, really about the contestants? If so, no one’s going to to blame those contestants for singing shows’ slide. More likely, some viewers think they’ve seen it all.

Burnett hopes fortunes may be changing yet again. On May 8, the 13-year-old “Survivor” caught up to the 11-year-old “Idol” to tie it in their common hour for the first time ever. Both shows had a 2.5 rating in the demo.

“That was the highlight of my year,” Burnett said. “People kept asking me, ‘Do you think “Idol” should be afraid of “The Voice?”‘ And I always said they should be more afraid of 'Survivor.'“

Burnett knows what it’s like to have another show borrow from his format. Does he feel for “Idol?”

“I’ve often thought in the very beginning that had “Survivor” patented elimination, it might be a very different landscape,” he said. “In the end, if you’re given the gift of primetime television in America, it’s a massive responsibility…You have to treat every hour of primetime as if you’re making a $100 million movie.

“I think the moral here is this: You cannot stand still. You’re either going backward or forward.”