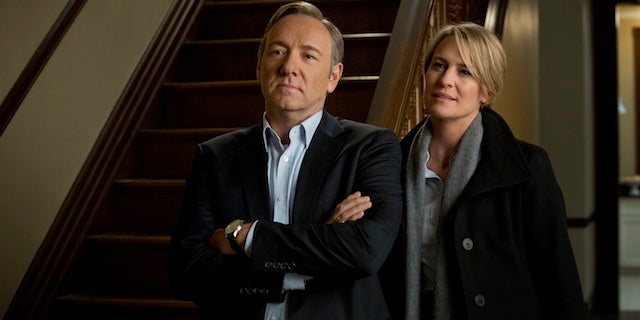 Already breaking through traditional television barriers with its nine Emmy nominations, Netflix's "House of Cards" is embarking on another first with the New York Times interview series, TimesTalks.

TimesTalks will stream live from the Baltimore set of "House of Cards" — a first for the interview series — on Wednesday from 7:30-8:30 p.m. ET, TheWrap has learned.

Also, fans may be able to get their questions asked by tweeting them to @TimesTalks on Twitter through Tuesday at 5 p.m. ET.

Since 1998, TimesTalks has featured its conversations between New York Times journalists and leaders across the arts, politics, world affairs, ideas and media. You can watch previous episodes at YouTube.com/TimesTalks or NYTimes.com/Video.

Also read: How Kevin Spacey Created a Schemer for the Ages in 'House of Cards'

Its first season, which also stars Kate Mara and Corey Stoll, is currently available on Netflix. Season 2 is slated to debut in early 2014.