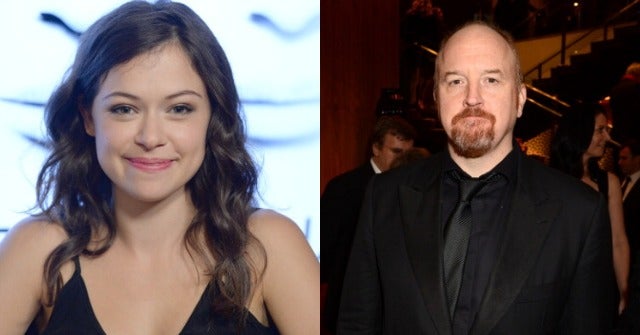 "Breaking Bad" won Program of the Year at the Television Critics Association Awards Saturday as comedians Key & Peele and "All in the Family" veterans Norman Lear and Rob Reiner brought down the house by impersonating presidents.

Accepting the TCA's Heritage Award, Lear and Reiner read from authentic, recently released transcripts of President Nixon griping about "All in the Family." Reiner, playing Nixon, accused the show of "glorifying homosexuality" and "upgrading" Reiner's character, "the hippie son-in-law."

"The point that I make is that goddammit, I do not think that you glorify on public television homosexuality," Reiner said, quoting Nixon. "You know what happened to the Greeks! Homosexuality destroyed them! Sure, Aristotle was a homo, we all know that, so was Socrates."

"Key & Peele" stars Keegan-Michael Key and Jordan Peele hosted the show, opening with their routine featuring President Obama and his "anger translator," Luther. Luther, played by Key, wondered why they were "hosting an award show that isn't even televised."

From there they took on subjects like Netflix's refusal to release its viewership numbers.

"Where your numbers at, Neflix? Come on Netflix. Drone strike!" said Luther.

He also wondered why "Key & Peele" wasn't nominated for any TCA Awards.

"Let's not get too meta here," said Peele, as Obama.

The low profile of the TCA Awards relative to other, televised ceremonies was a subject of frequent jokes.

"I'd never heard of TCA — I'm in the movie business — until about six months ago," said producer Jerry Weintraub, accepting the award for Outstanding Achievement in Movies, Miniseries and Specials.

C.K. joked that the "shitty" plastic TCA Award would be perfect for posting the drink specials if he ever opens a diner.

"I don't blame that bitch for not coming either," he said of Maslany.

On a more serious note, he thanked critics for helping small, quality shows along as they establish themselves. He also praised Lear and Reiner.

"Big Bang Theory" producer Chuck Lorre, whose show tied with "Parks and Recreation" for Outstanding Achievement in Comedy, jokingly agreed with C.K. that the award was "shitty." He said it was true that critics can help shows, but said, "They can also sneak into the nursery and kill the baby."

"Breaking Bad" creator Vince Gilligan also thanked critics for supporting his show in its low-rated first season. Star Bryan Cranston recalled how 40 or 50 people on the crew shaved their heads in solidarity with him when his character, Walter White, shaved his.

"There was an infestation of head lice," he joked.

Incoming TCA president Scott Pierce defended the quality of the awards as he gave the Heritage honor to "All in the Family."

"Clearly there are people in this room who would be surprised at how much these things cost," he said.

After "Parks" star Amy Poehler danced onstage, Lear "did an Amy Poehler" by dancing as well. He recalled that one critic said 40 years ago said his show should be flushed down a toilet.

Here are the nominees, with the winners in bold:

Program of the Year