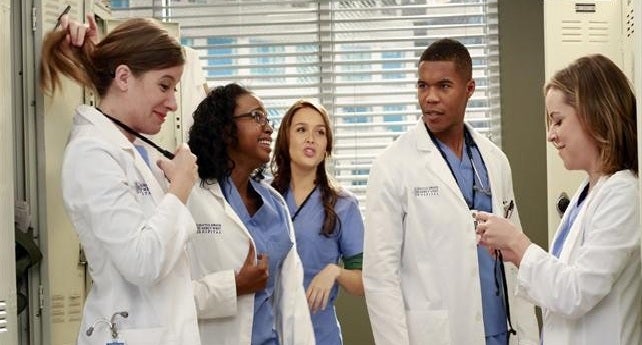 Women and minorities have made some gains over the past decade, but the overall picture on the TV writing front remains bleak, according to a study released Tuesday by the Writers Guild of America West.

The WGAW’s latest analysis of the state of diversity, the 2013 TV Staffing Brief, finds that while there have been some recent job gains for minority and women writers, the employment playing field in Hollywood is far from level. The research shows minority and women writers have made incremental gains in employment over the past decade-plus period, but current TV staffing levels still continue to be widely disproportionate to actual minority demographics of the U.S. population.

The study analyzes employment patterns for 1,722 writers working on 190 broadcast and cable TV shows during the 2011-2012 season, highlighting three specific groups who have traditionally been underemployed in the TV industry: women, minority, and older writers.

To put that in perspective, at that rate of increase it will be another 42 years before women reach proportionate representation.

Minority writers nearly doubled their share of staffing positions since the millennium but remain severely underrepresented. Between the 1999-2000 and 2011-12 seasons, minority writers’ share of TV employment increased from 7.5 percent to 15.6 percent. Despite this increase, minorities as a combined group remain underrepresented by a factor of more than two-to-one in television staff employment in the 2011-12 season.

“It all begins with the writing,” said Dr. Darnell Hunt, author of the report and director of the Ralph J. Bunche Center for African American Studies at UCLA and professor of sociology. “From concept to characters, from plot to narrative, writers play a fundamental role in the fashioning of stories a society circulates about itself. But in the Hollywood entertainment industry, unfortunately, there has all too often existed a disconnect between the writers hired to tell the stories and an America that’s increasingly diverse with each passing day.”

The bad news was that nearly a third of the shows in the 2011-12 season had no writers over 50 on staff.

“Despite a few pockets of promise, much more work must be done on the television diversity front before the corps of writers telling our stories look significantly more like us as a nation,” said Hunt.

The report breaks down in detail the number of women, minorites and writers over 40 employed by each show. ABC's "Grey's Anatomy" had 45.5 percent minority writers and 63.6 percent female writers on its 11-member writing staff.