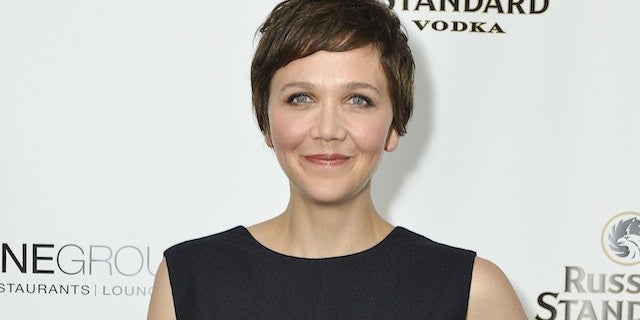 BBC Worldwide, North America and Sundance Channel will co-produce an eight-episode miniseries titled "The Honourable Woman," which will star Maggie Gyllenhaal ("White House Down," "The Dark Knight") in the lead role of Nessie Stein.

"I couldn't put the scripts down," the 35-year-old actress said in a statement to TheWrap. "Nessa is such an exciting and intricate character. I can't wait to begin filming."

This would be Gyllenhaal's first TV project since "The Corrections" pilot, which HBO ultimately passed on.

Slated to premiere on Sundance and BBC Two in 2014, the series follows Nessie who inherits her assassinated Zionist father's arms smuggling business. Instead of continuing in that vein, she uses its resources to lay down data cable networks between Israel and the West Bank. Later, she finds herself appointed to the House of Lords, the upper house of UK's Parliament, where her history of trying to broker peace between Israelis and Palestinians creates a storm of international political controversy.

"'The Honourable Woman' is scintillating drama: It is both a tightly plotted international political thriller and a superbly wrought character piece about hope, compromise, guilt and families,” Sundance Channel president, Sarah Barnett, said.

"The talent both behind and in front of the camera is remarkable, and we are so excited to present this brilliant and wildly entertaining miniseries to our viewers."

Also read: How 'Mad Men's' Perfect Peggy Got Down and Dirty for Sundance Channel's 'Top of the Lake' (Video)

Set in the UK, the Middle East and the U.S., the miniseries will film on-location starting in mid-July.

An Eight Rooks and Drama Republic Production, it will be executive produced by Hugo Blick, Greg Brenman and Polly Hill for the BBC with Abi Bach producing. BBC Worldwide will hold international distribution rights.

Gyllenhaal is represented by WME and managed by The Schiff Company.