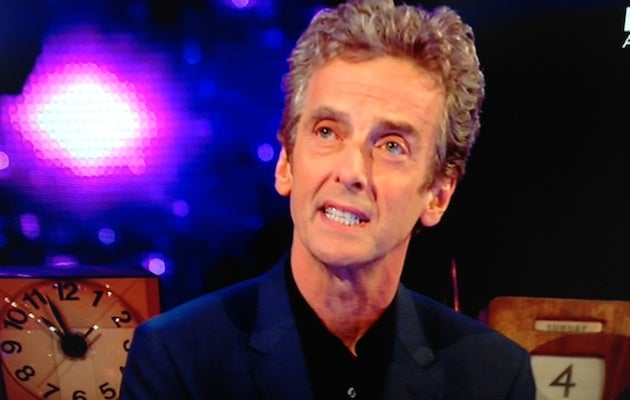 Doctor Who will next be played by Peter Capaldi, who'd been the odds-on favorite to take the BBC's storied sci-fi character into its 12th generation — and at least a temporary disappointment to the growing voices who'd hoped the next Time Lord would be a woman or a minority.

The 55-year-old Scot is a staple of British film and TV, having appeared in the long-running TV series "The Thick of It." His casting marks a return to the more elegant, middle-aged Doctor Who — after Matt Smith's casting as a relative unknown at age 26 stirred controversy among fans (over four years in the TARDIS, they more than embraced the younger, more energetic Smith).

But this regeneration cycle stirred a strong social-media sentiment for a change in the Doctor's gender or race after 50 years of male, white Brits. That won't happen this time around — but Doctor Who fans were already cheering Capaldi on Twitter Sunday.

Fun fact: Capaldi appeared on an episode of Doctor Who before — in the April 2008 "The Fires of Pompeii" — as the Roman sculptor and merchant Lucius Caecilius.

The BBC announced its replacement for Smith as the titular lead during a live show Sunday that began at 7 p.m. London time and was broadcast live in the U.S. Capaldi was poised — but clearly vibing with excitement — as he appeared before cheering fans for the first time.

"The big reason that Doctor Who is still with us is that every single viewer who ever turned in to watch this show, at any age, at any time in its history took it into their heart — because Doctor Who belongs to all of us. Everyone made Doctor Who," Capaldi said.

Smith announced he was giving up the role after four years last June, starting a wave of speculation among fans of the British sci-fi staple as to whose body Time Lord would inhabit next.

"I just want to wish my successor all the best and just say just, good luck and good on you for getting it," Smith said during the telecast. "Because I know he's a good fan of the show and a really nice guy. The casting made me really excited … as a fan I think it's a really canny choice. Good luck man. It's gonna be a thrill."

London oddsmakers taking bets on would next hold the Sonic Screwdriver stopped taking them on Capaldi — though his ID was successfully kept a secret, he was such a strong frontrunner that bookmakers suspended betting on the "World War Z" star when he became a 5/6 favorite.

Many speculated — or just openly hoped — that the 12th Doctor would be the first to be a woman or a minority; Idris Elba had been named as a contender (though his film career is far along enough now that it would've been an odd choice) along with Ben Daniels, Rory Kinnear and Daniel Rigby.

The series that's been running in one form or another (with some hiccups along the way) since 1963 is a major pillar of British pop culture and is the very definition of "cult hit" in the U.S. and around the world.