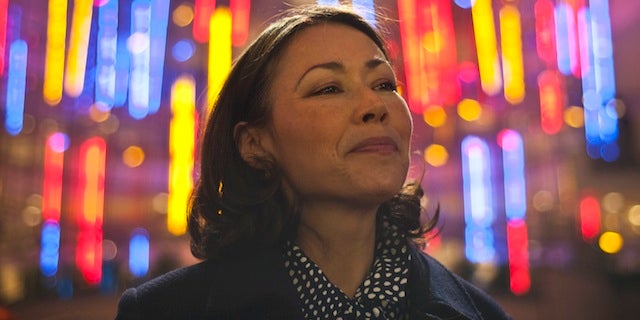 In New York Times reporter Brian Stelter’s upcoming book, “Top of the Morning: Inside the Cutthroat World of Morning TV,” the writer describes a very hostile work environment for Curry and just how emotionally wrecked the ousted co-host felt in the months after her dismissal.

“She still often woke before dawn as if she were about to go on the air,” Stelter writes in an adapted excerpt from the book published in the Times. “Some mornings, she cried as she read e-mail and Twitter messages from fans. For weeks she couldn't bring herself to return to 30 Rock, where her closed office door bore a red Post-it note that read “Do Not Enter” in capital letters.”

Since accepting the consolation prize of “Today” and NBC’s “national and international correspondent” in June, Curry has had very little to do with the morning show where she worked for 15 years and only minimal roles on its other programs.

Noticeably silent during the months following her departure from the sinking ship of a morning show, her former NBC colleagues have since tried to deflect the blame. Matt Lauer got the brunt of the viewer blowback as he was seen as having a major role in Curry’s fate – that or he did very little to help her.

Even when Lauer and some of the news executives tried to clear up the co-host's role in the Curry debacle with The Daily Beast in March, many saw it as another instrumented plan to rewrite history.

Meanwhile, Curry had stayed pretty quiet. But, Stelter’s sources paint a pretty gory picture of what she had to deal with in her last year on the show.

"GMA" was closing the ratings gap between it and the show – even won a few mornings with viewers – and Curry was the object of then "Today" show executive producer Jim Bell’s plan to get rid of her. He believed she was the reason for "Today’s" sinking ratings.

Under Bell, Curry dealt with what she apparently called "a form of professional torture." Lauer had become cold to her. And Bell's disregard for the co-host seemed to trickle down to the rest of the staff.

"Then several boxes of Curry’s belongings ended up in a coat closet, as if she had already been booted off the premises,” Stelter writes. "One staff person recalled that 'a lot of time in the control room was spent making fun of Ann’s outfit choices or just generally messing with her.'"

"On one memorable spring morning, Curry wore a bright yellow dress that spawned snarky comparisons to Big Bird. The staff person said that others in the control room, which included 14 men and three women, according to my head count one morning, Photoshopped a picture of Big Bird next to Curry and asked co-workers to vote on ‘Who wore it best?'”

In the wake of the Curry debacle, many of the players aren’t even working for the show any more. Bell, specifically, has moved on to producing the network’s Olympics coverage. And insiders don't believe that Lauer will renew his contract when it's up in 2014. But, clearly, the newswoman is still feeling the burn.