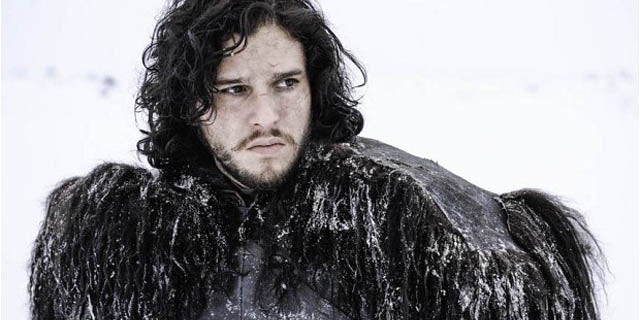 “In an effort to address piracy, HBO removed the window between the U.S. and international debut of Game of Thrones, essentially launching its third season with a worldwide premiere. From initial data, we have seen the benefits of this strategy with viewership up significantly in international markets in comparison to last season, as well as a record premiere here in the U.S. Game of Thrones is a global phenomenon and HBO uses every tool available to protect its content. Unfortunately, with such success also comes theft. Many anti-piracy tactics have been effective and we will continue to improve those efforts so we can continue to deliver high quality, acclaimed programming to our customers.”

Well, the good news for HBO was that Sunday’s Season 3 premiere of “Game of Thrones” hit a new series high for viewership with 4.4 million viewers tuning in.

It banked the largest bittorrent swarm, which counts each user who’s sharing some or all of an episode at one time in some way or another – with more than 320,000 users, according to torrentfreak.com.

That’s more than double the previous record holder for biggest swarm: the Season 3 premiere of NBC’s "Heroes" at 144,663 users.

And according to the site, which documents this online form of piracy in which users buck the law by sharing parts or all of a movie or TV episode, "GOT’s" third season premiere has now exceeded more than a million downloads.

Before setting Monday’s piracy record, the HBO series based on George R.R. Martin‘s fantasy novel series, "A Song of Ice and Fire," was already popular among pirates. It was the most downloaded series of 2012.

Funny enough, HBO’s programming president Michael Lombardo hasn't seemed to mind the infraction. “It is a compliment of sorts,” he said. “[Piracy is] something that comes along with having a wildly successful show on a subscription network.” He goes on to say that the piracy didn’t affect DVD sales.

Also read: 'Game of Thrones' Premiere: What Did The Critics Think?

"GOT" reps didn’t immediately respond to TheWrap’s request for comment on the latest record.

It seems one of the biggest reasons for piracy is the international delay of the season’s premiere. So, who is the most hungry for the latest chapter of the fight for the Iron Throne? After the U.S., the United Kingdom and Australia come in at No. 2 and No. 3, respectively.

The battle between content creators and piracy has been reaching a boiling point over the last few years as congress tries to pass harsher laws to punish those who are buying, selling and sharing copyrighted material.

Additionally, internet providers are trying to minimize their own risks by launching the Copyright Alert System, which sends a warning to users suspected of accessing copyrighted materials before punishing them with the restriction of their internet usage.