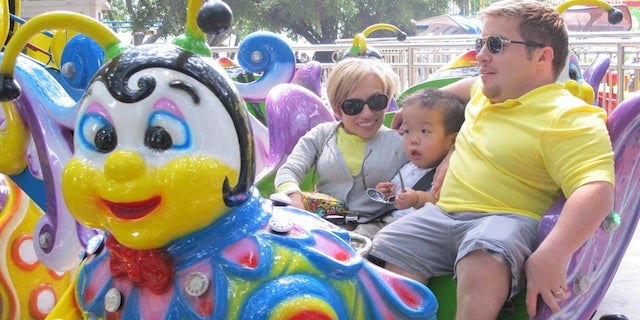 Bill Klein and Jen Arnold were finally united with their adopted son Will, in China on the last episode of TLC's "The Little Couple." But, of course, that's just the beginning of a new adventure.

And TheWrap has an exclusive preview of Tuesday's one-hour midseason finale airing at 10/9C.

On the episode, the new parents spend their first full day with Will. There are still some legal hoops they have to jump through before they can leave the country with him, which causes some nervousness for the couple.

Most of all, Bill and Jen are just dealing with the reality that they've suddenly become parents. "Sometime during the first day, it finally came over me that I'm a dad," Bill said.

"He's going to rely on me from everything to getting dressed in the morning, food, fun, to going to bed at night," he continued. "And it's exhilarating, and it's overwhelming. It's intimidating, but I'm thrilled, absolutely thrilled that I'm now responsible for him."

While the couple told TheWrap they have received some criticism over their decision to adopt a second child — 19-month-old Zoey from India — at the same time, most viewers seem overwhelmingly supportive of their booming family.

Also read: TLC Brings NBC's 'Who Do You Think You Are?' Back From the Grave (Exclusive)

Additionally, the duo's adoption adventure has been the series' highest rated season in the cable network's key demos: Women 25-54 years old averages a 1.6 rating; women 18-49 averages a 1.4 rating. It also averages more than 2 million viewers per episode, a series high.