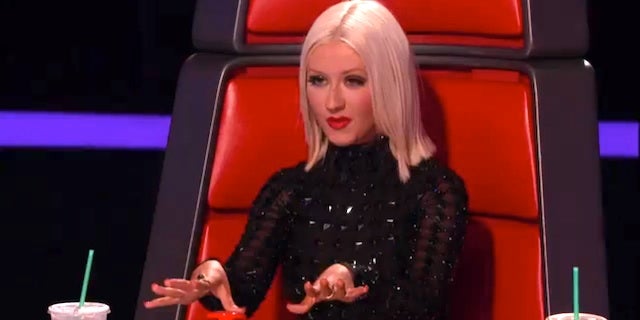 While the other singing-competition shows are in turmoil, “The Voice” has been cruising along with steady ratings and a second Emmy nomination.

And while it shook up the coaches’ panel last season, “The Voice” is no worse for the wear as the four original coaches return for the upcoming fifth season beginning Monday, Sept. 23 at 8/7c.

Of note, Miss Aguilera is looking very chic with a new shorter cut. We hear that she’s  serving up the sass more than ever this season. On the promo, it appears that she’s holding her own as usual.

“Shut up, Blake,” she says on the teaser.

Plus there are things that we simply expect, like the bromance between the guys. In fact, Shelton lays a sloppy kiss on the Maroon 5 frontman in the video.

If you loved Shakira and Usher, though, don’t despair. They’ll be back for Season 6.

Watch the new teaser below.