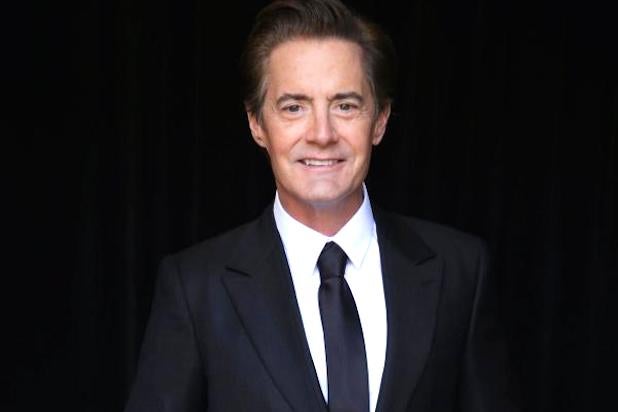 After months of tempestuous backstage drama and secrecy, David Lynch‘s “Twin Peaks” is finally going to see the light of day in early 2017, Showtime executives say. And the early footage is rolling in.

“It’s so singular,” Showtime programming chief Gary Levine told reporters Thursday at the Television Critics Association summer press tour in Beverly Hills. “We can’t wait to show it to the world.” Production has wrapped and director Lynch is working on editing an as-yet-undetermined number of episodes.

Levine and his boss, Showtime Networks president and CEO David Nevins, also introduced a brief reel of Kyle MacLachlan (pictured), Jim Belushi and other series stars talking in glowing terms about the show, although it apparently contained no original footage from the actual production. “Needless to say, this won’t appear outside this room,” Nevins said, to laughter from the crowd.

Also Read: 'Twin Peaks' Gets Closest Thing to Premiere Date Yet at Showtime

In the promo reel, MacLachlan enthused of the new version of the famous 1990s cult show about a murder in small-town America: “There’s a freshness to it, a lightness to it,” he said.

The exact details of the new “Twin Peaks” have been a closely kept secret, with Lynch releasing the names of all 200 plus cast members earlier this year but offering virtually no other details about the project. He has also battled Showtime over the series’ budget, at one point threatening to walk off the show — before changing his mind.

Speaking with reporters after his executive session ended, Nevins said fans should be ready for anything.

“Everything about ‘Twin Peaks’ is going to be unconventional,” Nevins said. “I want to really embrace the unusual-ness of it. I think it’s entirely possible we won’t do a traditional release pattern. I don’t know what that means yet.”

With additional reporting by Joe Otterson