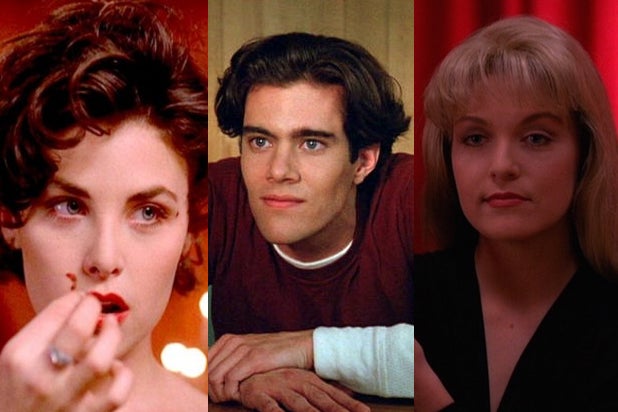 Three more original residents of “Twin Peaks” are returning to the scene of the crime.

Sheryl Lee, who played both murdered homecoming queen Laura Palmer and Maddy Ferguson, and Dana Ashbook, who played Bobby Briggs, are both part of the cast for for the show’s reboot.

Sherilyn Fenn could also be coming back as Audrey.

The announcement was made during the Television Critics Association’s Winter Press Tour 2015.

As TheWrap previously reported, The cult thriller  on Showtime in 2016 to coincide with the 25th anniversary of the original that first aired on April 8, 1990.

Reports that Lee, who played Audrey Horne, would return to the show began earlier this week when Showtime announced on Monday that actor Kyle MacLachlan was heading back to the sleepy fictional town to reprise his iconic role of FBI Special Agent Dale Cooper.

Series creators and executive producers Lynch and Mark Frost are on board to write and produce the reboot, with Lynch also directing every episode.

While Ashbrook’s and Fenn’s characters are presumed to be alive 25 years later, it will be interesting to see how the show’s writers manage to incorporate Lee, considering both of her characters are dead (though her character has appeared throughout the series even after death).

The original “Twin Peaks” followed the residents of a quaint Pacific northwestern town, stunned after the murder of homecoming queen Laura Palmer. FBI agent Dale Cooper arrives to investigate the case, but as he looks into Laura’s killing, the town’s secrets are gradually exposed.

Set in the present day, “Twin Peaks” will continue the lore of the original series, providing long-awaited answers for the passionate fan base, according to a statement from the network.

” Twin Peaks” will return as a nine-episode show in 2016 on Showtime.