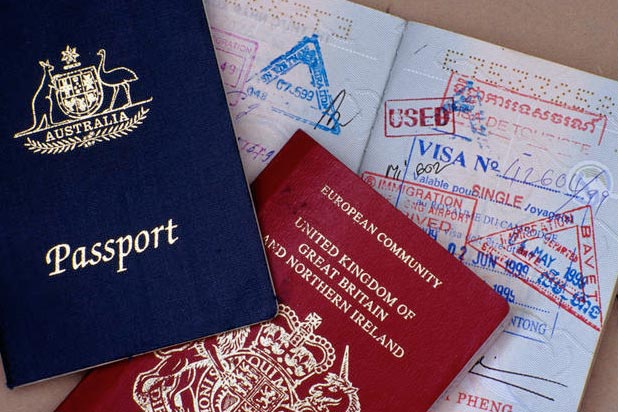 Many of our favorite filmmakers and artists are from abroad — from Argentina to Australia. And many American filmmakers go abroad to create, promote and sell their films. This cross-border fluidity has been mutually beneficial for all sides — from artists and studios to the fans and consumers. The globalization of Hollywood is a good thing, enhancing international cultural exchange and deepening our appreciation of films worldwide.

After your last movie experience, when you stayed in your seat to watch the credits, did you stop to think about the names rolling down the screen at the end of the film (i.e. Cinematographer, Director of Photography, etc.), who they are and how they got there?

Probably not, but it was probably not very easy. Not only have these individuals built strong enough careers worthy of landing work in a blockbuster film, but beyond that, they very likely had to undergo a rigorous visa application process to land themselves the illustrious O-1 visa to be able to actually work in the U.S.

In motion pictures and television, the O-1B visa is the most common visa category for artists of “extraordinary achievement” like actors, writers and  VFX artists.

What does it take to land an O-1 visa these days? Well, quite frankly, a lot. Not an unjustifiable amount, but more than you may think. Because it is so case specific, I cannot give you the exact formula for putting together a viable O-1 visa application, but for the sake of illustration, I will try.

Types of evidence include, but are not limited to:

To conclude, you need to make it as easy as possible for the officer to approve your case. Be thorough and stay organized. Approval will ultimately rely on the strength and credibility of your evidence combined with a dash of good luck, but armed with the right tools, this list should give you a very decent shot.

For newcomers, start building your portfolio of credits, keep record of all press and honors, and accept all invitations from the media. For more established professionals, you should now have a better understanding of the O-1 process so you can start organizing your visa.

And as always, consult an experienced immigration attorney for a more thorough analysis of your eligibility.

Where does all that money from the Golden Globes go? The Foreign Press gave it away Thursday to charities, film groups and scholarships

While not Christmas in July, it was like the Golden Globes in August on Thursday night.

View In Gallery
BIO Fuji Whittenburg
Fuji Whittenburg is an attorney at Mitchell Silberberg & Knupp LLP in Los Angeles who counsels individual and corporate clients on visa and green card options. She has extensive experience with strategizing immigration options for athletes, artists, entertainers, and entrepreneurs.

Fuji Whittenburg is an attorney at Mitchell Silberberg & Knupp LLP in Los Angeles who counsels individual and corporate clients on visa and green card options. She has extensive experience with strategizing immigration options for athletes, artists, entertainers, and entrepreneurs.