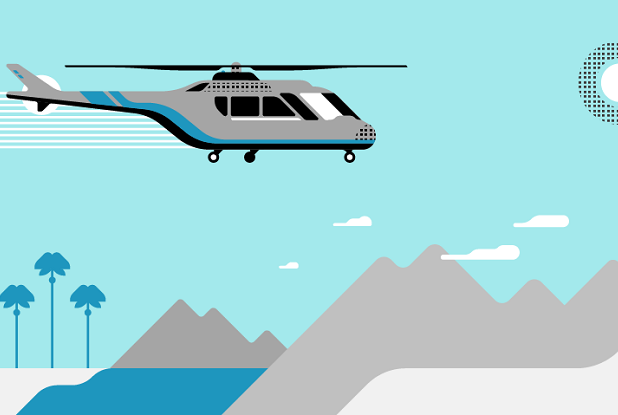 That number will pay for up to six people, and includes an Uber ride that will take your group to the Van Nuys, California, airport where you can have drinks at an open bar in BLADE’s lounge before heading out. And you get more complimentary drinks in Indio at the other end before heading to the festival proper in another Uber ride. If you decide not to take a helicopter back, Uber will provide ground transport for a special rate of $399.

Folks who are interested can reserve a spot starting Friday, March 25 at noon PST via the Uber app. After a reservation is made, an Uber representative will call to finalize all the details.

Though the cost is hefty, some might say it’s a small price to pay for avoiding the notoriously terrible traffic before and after each weekend of the crowded festival.

Others might suggest putting it on the credit card.

Below find a clip on Instagram of one of our reporter’s helicopter flights to Sundance Film Festival earlier this year.

Some pretty amazing views on our way into #Sundance today. Thanks for the whirl on your chopper @flyblade! cc: @nicleif_2014 @thewrap #TheWrap #thewrapsundance #sundance2016 #helicopter #utah