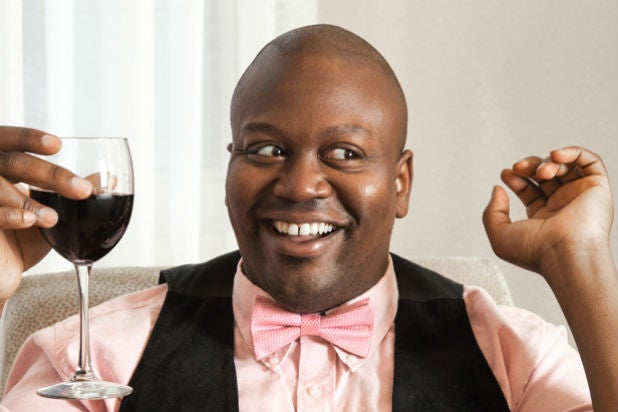 Pinot by Tituss, the new wine brand from the Emmy-nominated actor, musician, and writer is now available at his website.

“To be enjoyed by all the fabulous Kings and Kweens. Pinot makes things fun,” Burgess said.

A veteran of the stage, Burgess became a fan favorite on Tina Fey‘s Emmy-winning NBC series “30 Rock,” and in 2015 he emerged as a breakout star of Netflix’s award-winning comedy “Unbreakable Kimmy Schmidt,” in which he will return for season two on April 15, 2016.

On the show, Burgess enjoyed a memorable turn in one episode in which his character, Titus Andromedon, tries to shoot a music video for a song called “Pinot Noir.” The only problem: He has not written a single lyric before shooting starts.

Pinot by Tituss is a 2014 Santa Barbara County pinot noir. The juice is fermented in stainless steel then barre-aged in 25 percent new French Oak for eight months.