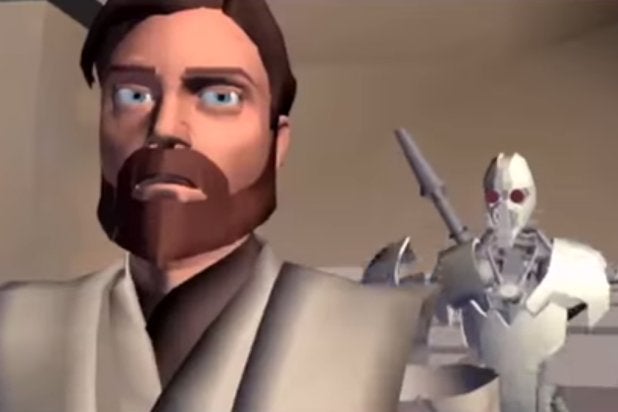 Lucasfilms has at least partially soothed the frustration of “Clone Wars” fans with the release of four unfinished episodes from the abruptly-canceled Cartoon Network series. With voice work completed and animation partially done, the show’s creators decided to share what they had with faithful viewers.

They felt they’d gotten some great work out of their voice actors, and it was a shame to never let that see the light of day. Netflix picked up the series for a truncated sixth season that allowed a few of the major plotlines to reach their intended resolutions, but there were still a lot of unanswered questions and unfinished stories.

Another unfinished storyline was completed in the Dark Horse Comics series “Star Wars: Darth Maul: Son of Dathomir” this summer, with yet another headed for a new novel. But in the case of “Crystal Crisis on Utapau,” the creators didn’t feel another medium would do the story justice.

And so, even though the animation is crude, the four-part story arc is available for viewers to experience in as close to a finished product as the creators could get it. All four episodes (“A Death on Utapau,” “In Search of the Crystal,” “Crystal Crisis,” and “The Big Bang”) are currently streaming on StarWars.com.

The creative team behind the show talked about their efforts to bring these stories to the fans in one form or another in a video accompanying the release of the unfinished episodes. That video can be seen below.

The “Star Wars” saga will continue in films and a new television series airing on Disney XD. “Star Wars Rebels” is scheduled to premiere with a one-hour special on October 3 at 9 p.m. ET.