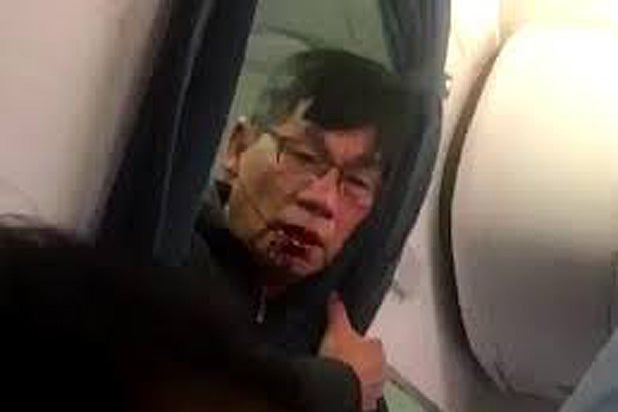 During a press conference Thursday, lawyers for the United passenger who was forcibly dragged off a flight said there will “probably” be a lawsuit after Dr. David Dao suffered a concussion among many other injuries.

“Will there be a lawsuit? Yeah probably,” Dao’s lawyer Tom Demetrio said to the press. “We’re not ready to sue — we’re doing our due diligence. When we file our lawsuit, every word is going to be in that lawsuit for a reason.”

On Wednesday, Dao began legal action against the company with an emergency request filed in an Illinois state court. According to Reuters, lawyers for Dao are asking the court to require United and the City of Chicago, which runs O’Hare International Airport, to “preserve video recordings and other evidence related to the incident.”

“This lawsuit among other things hopefully will create an international discussion about how we are going to be treated going forward,” Demetrio added during the press conference. “We have two years to file it — I promise you it won’t take that long.”

During the press conference, Demetrio also addressed injuries Dao suffered during the incident on Sunday.

“He was discharged late last night. He did, in fact, suffer a significant concussion as a result of disembarking that plane and I can also tell you that he had a serious broken nose, injury to the sinuses and he’s going to be undergoing reconstructive surgery in that regard,” he added. “He lost two front teeth but concussions are sort of an iffy condition … He is shaken.”

Demetrio also claimed Dao had no recollection of going back on the plane. A second shocking video of the incident showed him saying “just kill me” repeatedly while bleeding after he was initially taken off the flight.

Dao’s lawyer added that the police officers who were “Stormtroopers for a moment” did not do the right thing in forcibly removing him off the plane. Demetrio also addressed the law itself in trying to make sense of the situation after United CEO Oscar Munoz had “taken to the airwaves and has given his view of things — couple versions of it.”

“If you are going to eject a passenger, under no circumstance can it be done with unreasonable force or violence,” he said. “That’s the law. If unreasonable force and violence is used under a set of circumstances, the common carrier is responsible. For each of us in this room as we bump along on a day-to-day fashion, we owe each other an ordinary care standard. I am not to be careless and hurt you, I am not to be negligent and hurt you. But in the world of common carriers, they have the highest duty of care to provide protection and safety to its fair-paying passengers. As we all saw on the video, that was not done. I would defy anyone to suggest that there was not unreasonable force and violence used to help Dr. Dao disembark that plane.”

See Video: United CEO to 'Good Morning America': 'This Is On Me - I Have to Fix That'

He continued, “The fact of the matter is, I have concluded, that for a long time, airlines, United in particular, have bullied us, they have treated us less than maybe we deserve. I conclude that what, based upon hundreds of tales of woe, of mistreatment by United, is that here’s what we want as a society: We want fairness in the way our people treat us, we want respect and we want dignity. That’s it, not a big deal.”

Dao, 69, was forcibly removed from Flight 3411 at Chicago’s O’Hare International Airport on Sunday. Video of his bloody face and Dao’s violent removal by security officers has since gone viral, sparking an outcry across the country.

On Tuesday, Munoz issued another statement taking “full responsibility” for the incident and promising to “make it right.”

“Like you, I continue to be disturbed by what happened on this flight and I deeply apologize to the customer forcibly removed and to all the customers aboard. No one should ever be mistreated this way,” he wrote in a statement. “I want you to know that we take full responsibility and we will work to make it right.”

Previously, Munoz had issued a statement, saying, “This is an upsetting event to all of us here at United. I apologize for having to re-accommodate these customers. Our team is moving with a sense of urgency to work with the authorities and conduct our own detailed review of what happened.”

However, Demetrio felt the apology was “staged,” adding that he thought someone had told Munoz, “‘you better get out there and make it sound like you mean it.’ I didn’t get that feeling.”

One of Dao’s five children was at the press conference as well. His daughter expressed gratitude for the prayers, love and concern that they have received in the days after the incident.

Demetrio added, “I don’t think anybody has to tell any airline, any police force, to not do what we all saw on the video. On the short term, that will never happen again. I’m hopeful.”

Lastly, Demetrio said Dao has “no interest in seeing an airplane” again.

A spokesperson for United has not yet responded to TheWrap’s request for comment.

Watch the press conference below.